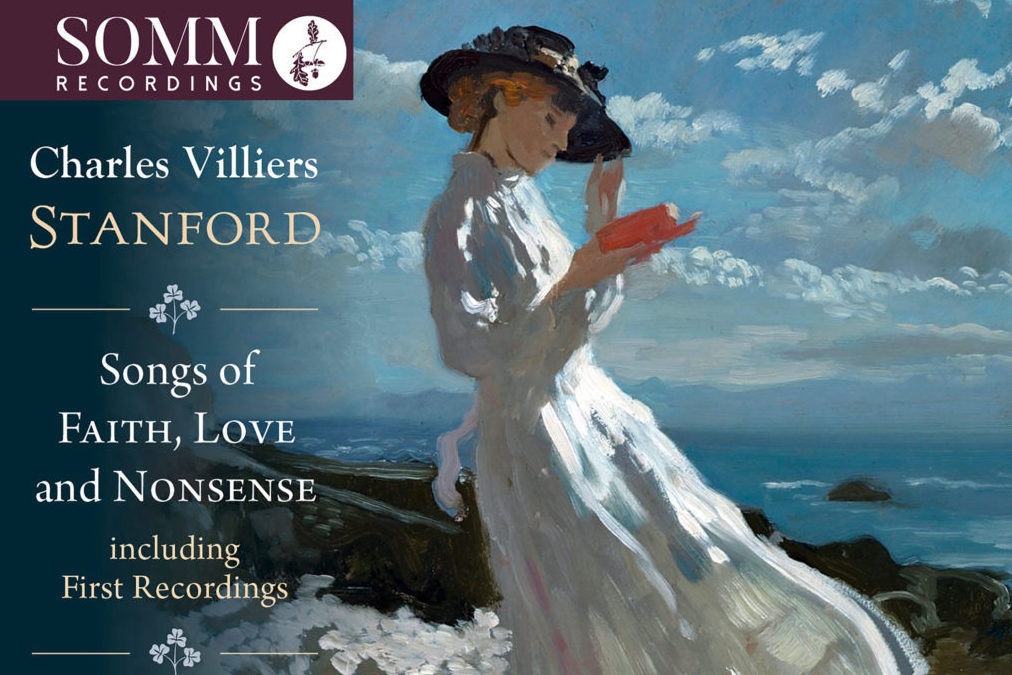 Both singers are splendid, but I was particularly impressed by the relaxed warmth of Roderick Williams, so perfectly suited to this music.

Stanford’s choice of poets and their works has a great deal to do with the success of his songs. In the first section, ‘Songs of Faith’, the first setting, Tennyson’s Strong Son of God, immortal Love, stands out for its clear expression of Christian belief. The other two, God and the Universe and Faith are more challenging. In a similar way, it is the third setting of verse by Walt Whitman Joy, Shipmate, Joy! that hits home immediately.

Three love poems by Robert Bridges are fine but the second, I praise the tender flower is the best. Stanford’s music, especially his gentle underlying piano accompaniments, subtly magnify the expressiveness of the texts.

Remember that Stanford was Irish by birth. Four songs on Irish themes are drawn from Stanford’s romantic comedy ‘Shamus O’Brien’, now forgotten but popular at the time. Here there is a British soldier whose love for an Irish maid conflicts with his duties, and an Irish rebel facing his execution. Neither is out of place in our time.

The Nonsense Rhymes are settings of limericks by Edward Lear. The music is better than the poems. Here Stanford displays his broad musical knowledge. His piano writing seizes upon music by Grieg, also Mendelssohn’s Violin Concerto, Beethoven’s ‘Pastoral’ Symphony and Wagner’s ‘Tristan and Isolde’. These all pop up. Stanford makes cruel fun of Handel and he does not seem to like Richard Strauss. It is fun for us though, playing ‘name that tune!’

The final section sets five sonnets from The Triumph of Love with poems by the Irish poet and Schools Inspector Edmond Gore Alexander Holmes (1850 – 1936). No? Nor me. I had to look him up. The best are Like as the thrush in winter and I think that we were children. These poems live up splendidly to their titles. Stanford’s piano writing once again subtly underlines the colours of the texts.