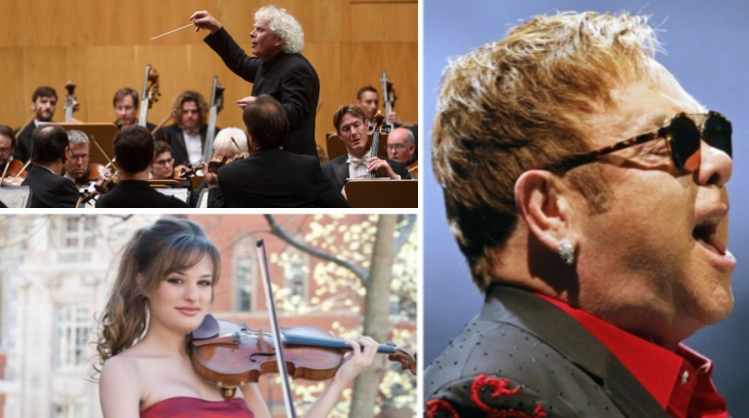 Many media outlets have been reporting that musicians from all genres are furious that the imposition of red tape and visa fees will mean that working in Europe will simply not be viable for many performers.

British musicians from Sir Elton John to Sir Simon Rattle have accused the government of ‘shamefully failing’ the country’s performers with its recent Brexit deal.

Pop and rock figures from Ed Sheeran to the Sex Pistols have joined classical performers such as Nicola Benedetti and composer Judith Weir, master of the Queen’s music, to denounce a Brexit agreement they claim will make Europe a no-go zone for musicians.

The UK government has rejected calls to pursue a waiver scheme that would allow British musicians to tour the EU without the need for visas, customs waivers and work permits for each individual member state.

A letter signed by more than 100 artists and published in The Times recently called on the government to negotiate paperwork-free travel for British musicians touring in Europe.

The letter which was coordinated by the Incorporated Society of Musicians (ISM) Chief Executive, Deborah Annetts, said: ‘It is essential for the government to negotiate a new reciprocal agreement that allows performers to tour in Europe for up to 90 days, without the need for a work permit.’

Caroline Dinenage had said that the EU’s ‘very broad’ offer ‘would not have been compatible with the government’s manifesto commitment to take back control of our borders. She said ‘the door is open’ if the EU were willing to consider the UK’s proposals to reach an agreement for musicians.

However, a series of reports in the Guardian state that the UK government’s proposals were ‘not fit for purpose’. According to an EU spokesperson this ‘would not solve the problem of British musicians having to negotiate individual visa requirements with each member state.’

The Musicians’ Union (MU) has also been lobbying for the creation of a ‘musicians’ passport’ to facilitate touring. A change.org petition supporting such a proposal has already been signed by over 155,000 people.