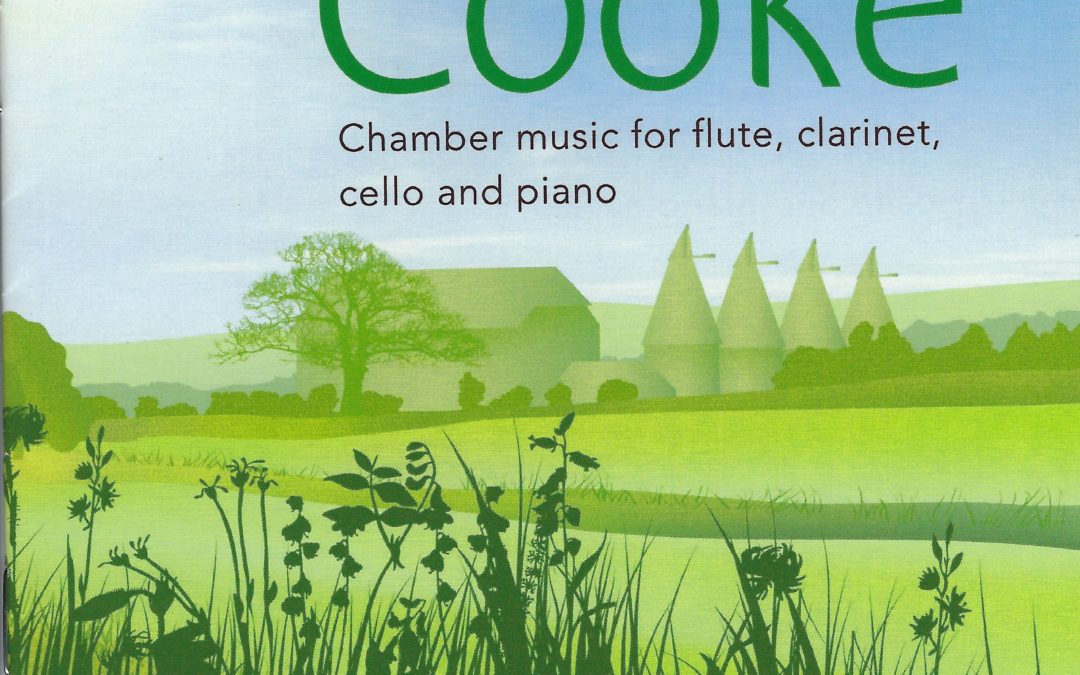 In his extensive accompanying programme note, pianist Harvey Davies mentions that Arnold Cooke has been called the English Hindemithian and indeed Cooke did study composition with Hindemith from 1929 to 1932, but, as Davies says, there is much more to Cooke’s compositional style than that.

The Hindemithian elements in Cooke’s music include a rhythmic urgency as well as melodic and harmonic writing that is dispassionate, modern, edgy perhaps, but not atonal.

To open their performance of six chamber works by Cooke, the Pleyel Ensemble present a clear, clean performance of the Trio for Clarinet, Cello and Piano, D98 (1965). The first movement is bustling and eventful. Hindemithian certainly, but also with an underlying English pastoral quality.

The second movement is a scherzo with rhythmical interest well shared across the three instruments. The slow movement is definitely pastoral. Here the cello gets to stand out while the piano hints at the languid qualities of the Berceuse in Fauré’s’ Dolly Suite. The bright fiery finale has a spirit of the dance that recalls the more folksy Bartók.

The Quartet for Flute, Clarinet, Cello and Piano D93 (1964) opens with a rhythmically crisp melodically restive Allegro. The slow movement is smooth and pastoral with the cello again being allowed to stand out. The finale is good humoured, even ribald in a finely crafted fugato. The flute often stands out atop the instrumental blend.

The other works are for one solo woodwind instrument with piano. The Sonatina for Alto Flute and Piano, D156 (1985) is the latest and the most instantly attractive work. Flute and piano are beautifully well-teamed in all three movements. The Pavane for Flute and Piano, D142 (1979) is translucent with an impressionist feel, not unlike Debussy perhaps. The Prelude and Dance for Clarinet and Piano, D142 (1979) has a similar feel to it. Cooke’s love for the clarinet certainly shines through. The earliest of the pieces, Alla Marcia for Clarinet and Piano (1946) is simple and tuneful.

These are all outstanding first ever recordings of stunningly well-crafted chamber works. Many have been broadcast before but the Pleyel Ensemble are to be congratulated for being first to give them a more permanent afterlife on CD.