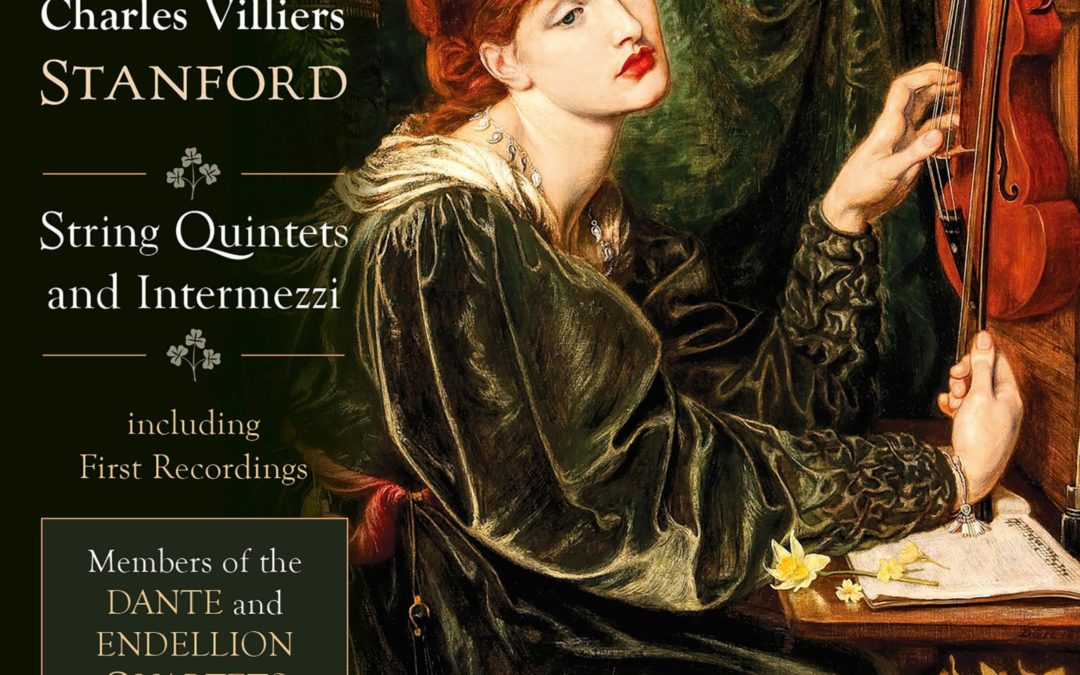 The Dante Quartet have already made outstanding recordings of Stanford’s String Quartets. For the Quintets, they required a second violin player and a second viola player. They chose members of the Endellion Quartet and it hardly needs me to affirm that the playing on this CD is second to none.

The String Quintet No.2 in F major, Op.85 and the Three Intermezzi for Cello and Piano, Op. 13 are only now receiving their first ever recordings.

Those words can be attributed to both Quintets. In addition, our attention is drawn to Stanford’s unique talent for variation. In so much of the music, the use of variation overlies the skeletons of sonata form, creating string writing that is new and imaginative in substance, something that is still true today.

You become aware of that in the opening movement of the first Quintet but it is in the third movement that it bursts into full bloom when Stanford takes us on a journey through many powerful contrasting musical landscapes, both melodically and rhythmically.

The central slow movement has a flowing melodic line with decorative twists and turns that Dibble tells us arise from a tradition of traditional Irish folksong.

The opening movement of the Second Quintet borrows a motto theme from Haydn’s Quartet Op.76 No.2 (Fifths). Once again, it is Stanford’s creative skill in variation that shines forth. Stanford wrote over nine operas mostly unpublished and unperformed. I felt that there was a sense of operatic drama in this first movement.

The second movement opening with a poised feeling of the dance proceeds once again through variations. A volatile scherzo contrasting with passages of smooth flowing melody leads into a marvellously varied finale.

Between the two Quintets, the Three Intermezzi originally composed for clarinet and piano but now with cello are melodically rich and varied, harking back to Schumann perhaps?

This is a worthy introduction to the music of a fine composer who surely deserves to be heard more often.