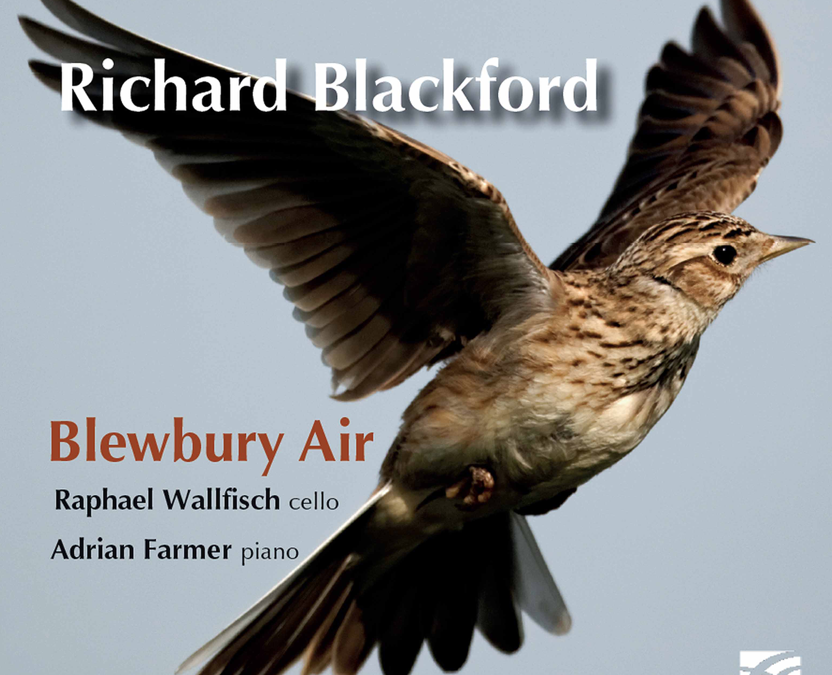 Richard Blackford is a prolific composer employing an immensely approachable and colourful language.  This brief miniature for cello and piano was written in the summer of 2019 as, in the words of the composer, a “love song” to the village of Blewbury in Oxfordshire where he lives.

Perhaps rather oddly, the music on the disc lasts just over 12 minutes. Blewbury Air consists of three descriptive movements: By the Water’s Edge, Incantation with Bells, and The Wind in the Branches.

These are committed and engaging performances from both cellist and pianist – not surprising as the players came together solely for the one recording session, thanks to the Covid 19 pandemic.

The first movement features a lyrical cello melody accompanied by broken chords on the piano. Towards the end of the movement the two main themes are combined in a concluding climax.

The ‘Incantation with Bells’ opens with a cello theme sensitively realised by the cellist, which the piano complements with widely spaced chords. Both players combine to create an atmospheric conclusion.

Wallfisch and Farmer effectively realise the contrasted mood of the third movement.  As Blackford writes in the programme note: “Over the swirling piano theme the cello introduces a lyrical counter melody, and it is this that prevails as the movement drives to its dynamic conclusion.”

We have here an attractIve little gem of a piece, excellently performed and recorded.