Dialogues on Listening, Composing and Culture 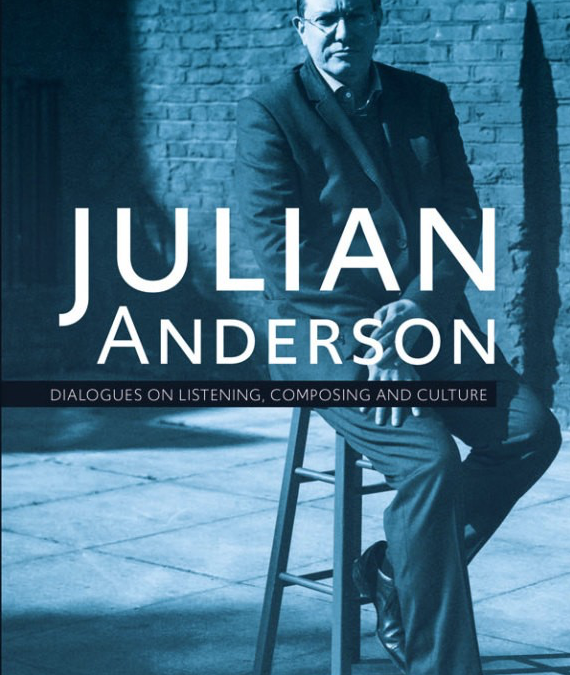 Here we have another beautifully produced and thought-provoking text from the Boydell Press. It features on this occasion the music and thoughts of the composer Julian Anderson, who is internationally known as one of the leading creative spirits of his generation.

The organisation of the book takes the form of a transcript of eighteen informal conversations that took place between Anderson and the Birmingham-based scholar and critic Christopher Dingle.

It is abundantly clear that Anderson’s sympathies and ideas range widely beyond music to embrace issues of broad cultural interest.

The value of the book is greatly enhanced by glimpses of the motivation behind some of his most recent work – the scope of the book takes us to the immediate present.

It is obvious that Anderson, who is professor of composition and composer-in- residence at London’s Guildhall School of Music, is a formidable communicator. Gillian Moore, Director of Music at the South Bank Centre, writes in her enthusiastic foreword of Anderson as ‘a major writer on music and culture like Schumann or Schoenberg, or Cage or Rameau’.

Anderson’s wide range of interests comes across in the chronology which is included at the end of the book although it permeates his entire output.  Interestingly, as well as studying piano, flute and percussion in his early years, he sang in his school choir and later on in the LPO Choir.

Anderson makes it clear that he does not seek to specialise and he points this out to Christopher Dingle: ‘I had a lot of experience with voices…and am a choral singer myself. So, in a work for solo voice, chorus and orchestra like Heaven is Shy of Earth the chorus or soloist is clearly the focus in any movement which isn’t purely instrumental’.

The book’s chapter headings give the reader a good overall sense of the scope of this interesting, thoughtfully planned work.  Among the eighteen conversations are included Dance, Folk, Composing (or not), Singing, Outsiders? (outsider figures that have inspired Anderson such as the German poet Holderlin), Quartets, Partnerships (where the working relationships span nearly twenty years) and finally Multiple Choices where Anderson refers to his earlier years when, under pressure, he had up to six pieces ‘on the go’.

Anderson concludes with a robust defence of his learning from other composers: ‘It’s like taking a composition lesson from Claude Le Jeune, or Sibelius or Xenakis or Nielsen’.  Anderson remarks that one of his composer idols, Messaien, would sketch jumbled quotations from a number of pieces that he admired. ‘This isn’t post-modernism. it’s just common sense.  If Messaien could do that, why can’t we all?’

This book provides a stimulating insight into one of today’s most interesting musical figures.  It is a good investment!