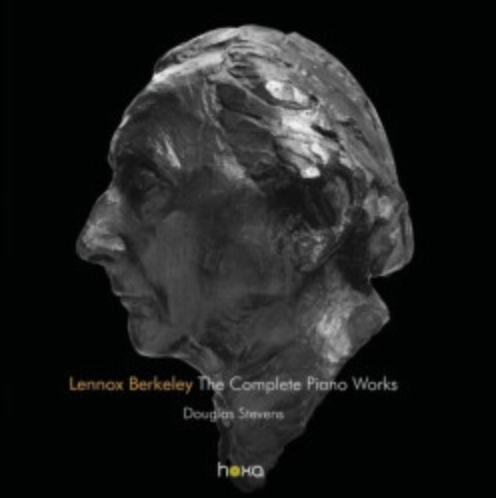 Berkeley wrote piano music from the mid-1920s to a few years before he died in 1989, but these two CDs contain less than two hours’ music.

This is a quite comprehensive survey, but should it be called The Complete Piano Works when there are others for piano four hands?

Having studied with Nadia Boulanger in Paris (1927-32) it is to be expected that there are moments reminiscent of Fauré, Ravel and Poulenc, even Satie, but Berkeley developed an instinctive voice, his best works being written in the war years. Some of the early pieces are quite trivial, suggesting merely clever efforts by a young Oxbridge chap. The Three Impromptus and Five Pieces (1935) and Five Short Pieces (1936), while more substantial and engaging attention, are still little more than charming.

With the Four Concert Studies (1940), Paysage (1944) and Sonata (1941-5) he writes more personal music, often with a gentle, melancholy quality, as exemplified by the second of the Concert Studies and Paysage, and some pieces are challenging for the pianist.

The Sonata requires considerable virtuosity and the profound sadness of the slow movement is gripping. The opening of the last movement reminded me of the declamatory start of Copland’s Piano Sonata, perhaps both coming from their French experiences. Paysage is a gem, and the Sonata is a masterpiece, (as unjustly neglected as Frank Bridge’s).

Six Preludes followed (1945), alternating fast and slow, and beautifully written for the piano. The second and sixth preludes are relaxed and lyrical, while the other pieces are playful, even coquettish. They are a fine set, showing Berkeley’s imaginative use of a variety of keys and rhythmic shifts that maintain interest.

Berkeley wrote four Mazurkas, revealing his love of Chopin. The first three, written as a Homage à Chopin in 1949, and exhibit his sense of fantasy, even whimsy, contrasted with darker moments. He wrote little else for piano, apart from an energetic Scherzo (1949) and the Improvisation on a Theme of Manuel de Falla (1962), until the Four Piano Studies (1972) and Prelude and Capriccio (1978). These six pieces show that in his seventies he had not lost his ability to write lyrical and inventive music, with interesting harmonic explorations. The last two pieces contrast a reflective Prelude with a sprightly Capriccio. Finally, another Mazurka (1982) explores several keys but has a valedictory quality as if he has little else to say.

Stevens, who studied Berkeley’s music for his PhD, plays it all well, but an earlier recording by Christopher Headington, made when the composer was alive, creates a greater variety of sound for Berkeley’s world. He studied with Berkeley and was a friend for thirty years, and his subtle phrasing and rubato are more sensitive in delicate parts and his virtuosity is not inferior. ‘Completists’ will want Stevens’s CDs but the earlier recording, offering over an hour of the best piano music, is better.