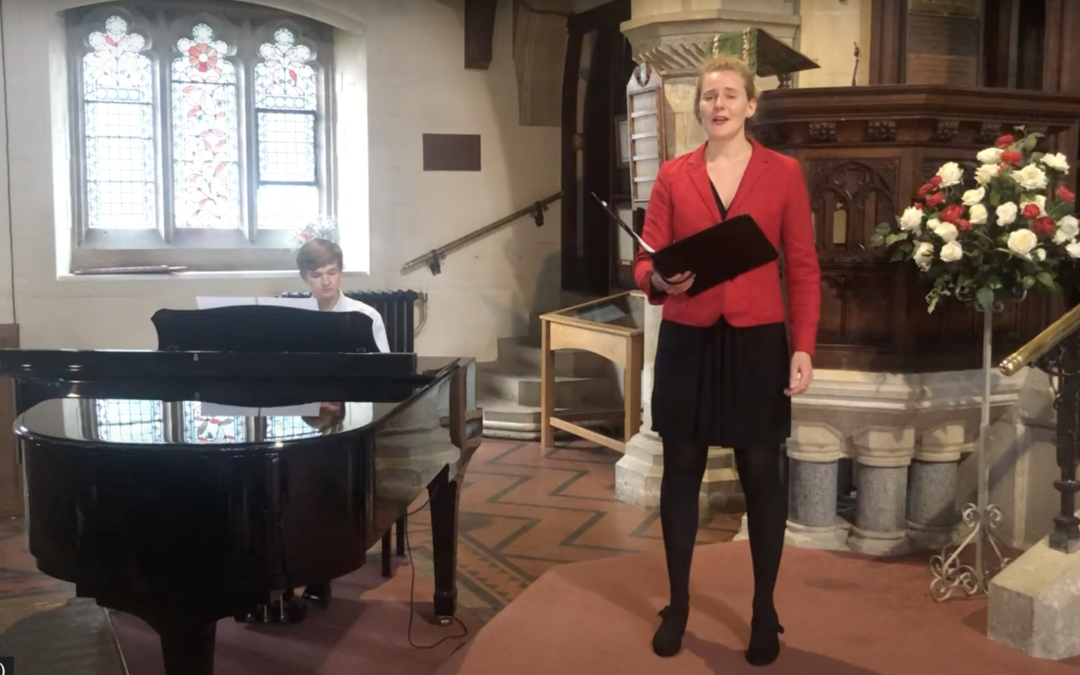 With so many concerts on hold, it is good to hear of recording projects around the country. One is of two new song recordings released online by soprano Lucinda Cox.

Soprano Lucinda Cox sang the premiere of Ailsa Dixon’s The Spirit of Love at St George’s Bristol in February. She has recently made two new song recordings with pianist Tom Jesty:

See concert listings for details of Lucinda’s upcoming online recital on 3 February with a programme of songs by women composers.