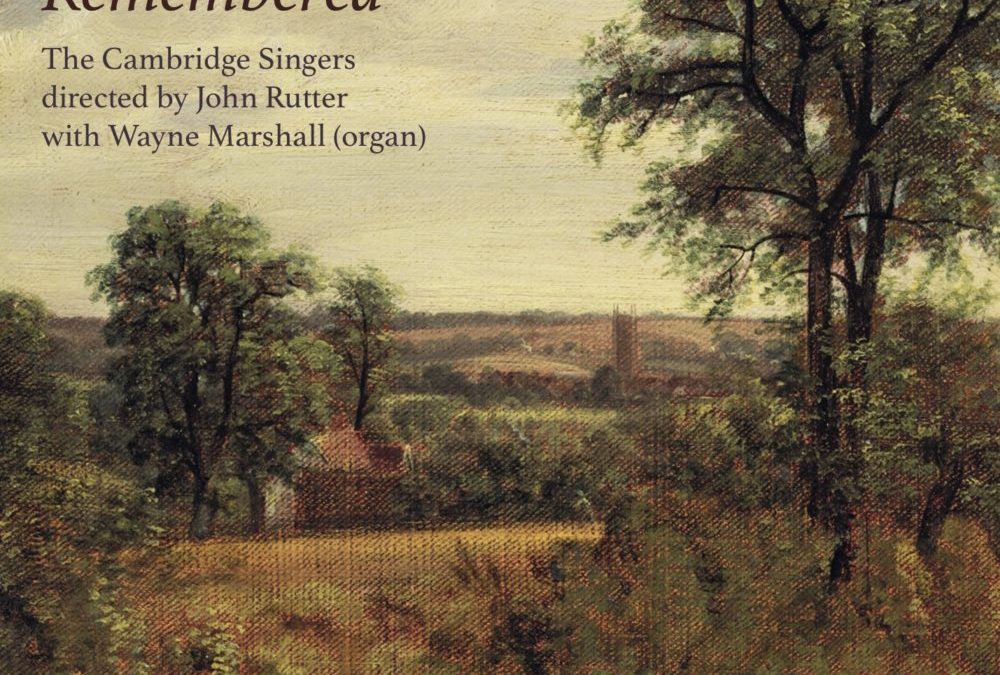 This is a re-mastered collection of 21 tracks of recordings of church music made in 1992.  The issue is offered at ‘super bargain price’.

There are two CDs included: the first features music by Charles Stanford, the second, music by one Stanford’s favourite pupils, Herbert Howells. John Rutter’s excellent notes tell us that such was Stanford’s regard for Howells, that he bequeathed him a signet ring which Howells then wore for the rest of his life.

Amongst the mixture of long and short items there is a mixture of the accompanied and unaccompanied, the former being recorded in Ely Cathedral, the latter in its Lady Chapel.  It is these items that emerge most successfully from this process, as not perhaps unexpectedly the choir sing perfectly in tune with good balance and diction.

One notable item on disc two is the unaccompanied Requiem for double choir by Howells.  The liner notes state that Howells only released this music in 1980, shortly before his death in 1983.  The reason for this is that much of the music – which is relatively brief – found its way in developed form into the well-known Hymnus Paradisi. Howells thought there was no need for it to be published.  Happily, he changed his mind and we are left with a highly distinctive and beautiful work which easily stands on its own.

The selection of movements is far from conventional.  For instance, there are two settings of the Requiem Aeternum text and the remaining four movements come from the psalms and other funeral verses rather than the traditional items.

One significant item from disc one is the non-liturgical Magnificat op 164, which was Stanford’s only Latin setting of these words. It is for double choir and is a Romantic composer’s tribute to the spirit of Bach’s big motets. The performance is duly vigorous and strongly projected.

There are three settings of the Evening canticles included in this issue.  Stanford wrote 6 and Howells 20, so there would have been plenty of choice. Stanford’s G major setting is, to my mind, in its deceptive simplicity, the most sublime of all these.

His B flat service is also included. It is a much more straightforward and is sung wherever there is choral evensong.  Howells is represented here with the elaborate ‘Gloucester’ service; this is also highly regarded, its gorgeous refulgence being most alluring.

Alas here, the recording in the cathedral lets us down, as the balance between organ and choir is often not ideal, with the choir too far forward and the organ not being heard properly.  For instance, the opening of the Gloucester service sounds like a solo for soprano(s), the accompaniment and countermelody are almost inaudible.  While Stanford’s G major service is beautifully sung, the organ accompaniment is not well balanced and at times is inaudible.  A quick reference on YouTube to other performances rather cruelly substantiates this observation.

The lovely ‘Gloria’ of the G major Nunc Dimittis, with its heart-rending conclusion, reminds us that soft and gentle settings of these words are remarkably rare, and all the more moving when encountered.