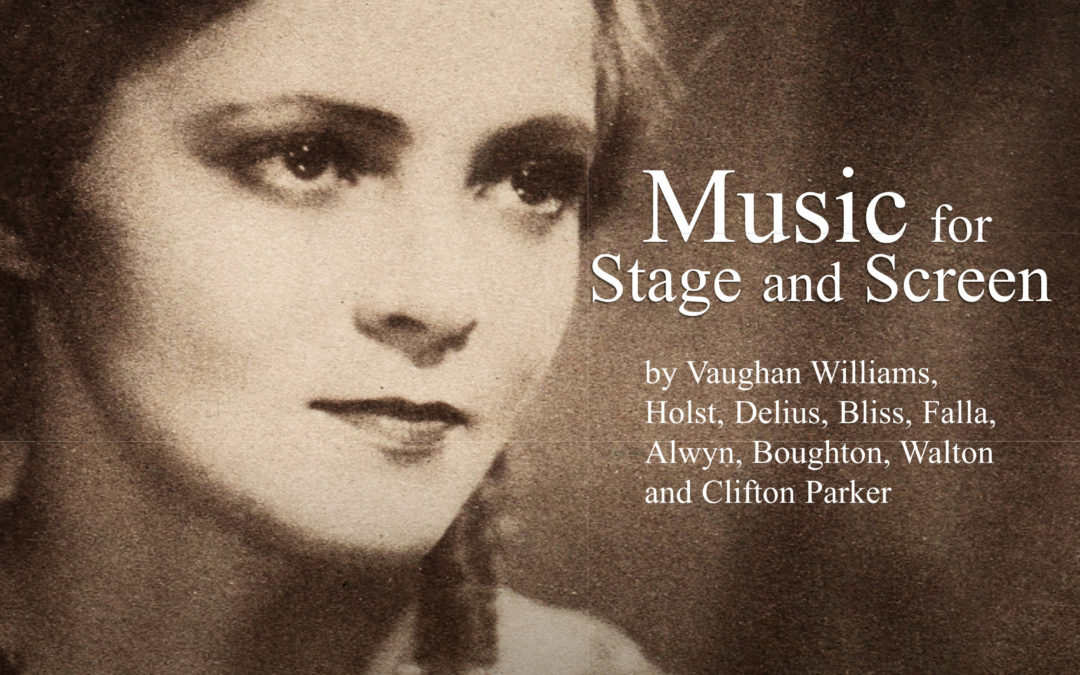 These remastered recordings are taken from early recordings and film soundtracks. The music ranges from ballets Holst’s The Perfect Fool and Falla’s El Amor Brujo, through incidental music for a play Delius’s Hassan, to films, with well-known music by Vaughan Williams, Walton, and Bliss and lesser known scores by Alwyn, Parker and Boughton.

The conductors are all either the composers themselves, or conductors associated with the works, and the recordings are idiomatic and strangely poignant.

Of the well-known works Bliss’ March from Things to Come, has never sounded better than here under the composer with the LSO. Vaughan Williams’s Prologue and Epilogue from the film 49th Parallel are majestic in Muir Mathieson’s original recording of the soundtrack. Walton, though an unwilling conductor draws wonderful pathos in his excerpts from Henry V. The Parker and Alwyn works are classics of the genre and have transferred extraordinarily well.

The odd man out is Falla’s ballet El Amor Brujo though written in 1914 it was used in the 1958 film ‘Honeymoon’ and is Beecham’s only recording of the work. Sound-wise it has quite some distortion in louder passages and on some occasions sounds like a castanet concerto.

For their age though the recordings sound remarkably good; only the singing of the Boughton song from Lorna Doone, and the choral song form Delius’s Hassan are stylistically of their time and rather trying.

The liner notes by Stephen Connock are extraordinarily detailed and very readable.