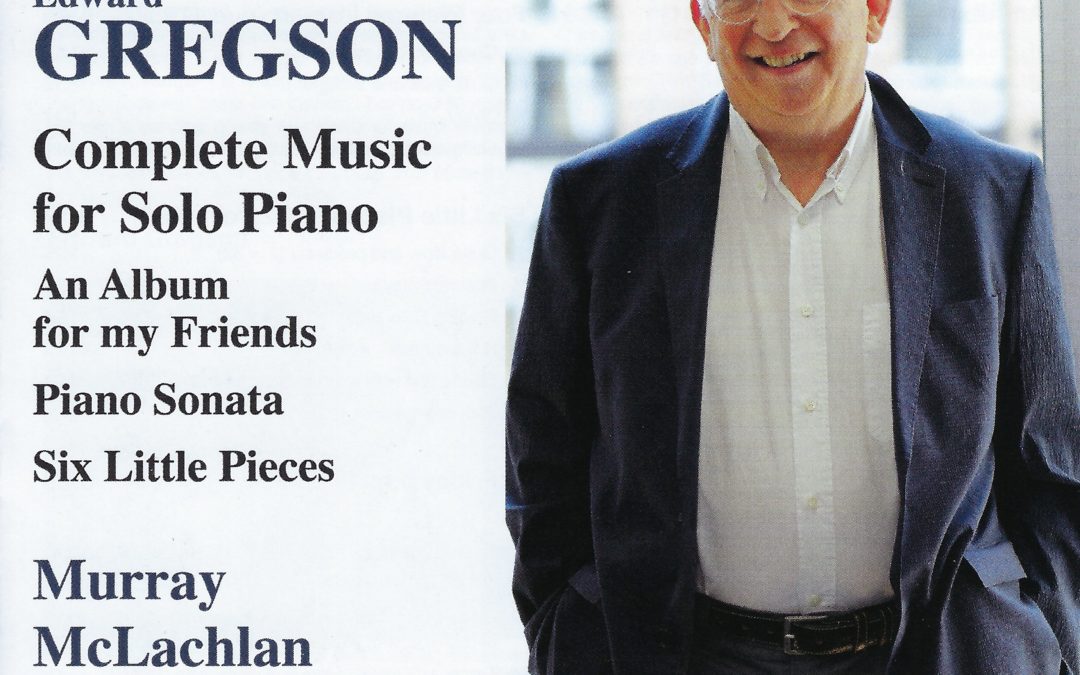 Edward Gregson, 75 last year, is one of those rarities among composers of his generation in that throughout his career he has not abandoned tonality or melody and still developed an international reputation. Along with his contemporary, the late Derek Bourgeois, he has written more works and done more for the brass band repertoire than any other composer.

A number of the works here are tiny miniatures written for family and friends. The first 11 are short pieces d ’occasion written partly in pastiche of older forms; they sound like an English Poulenc but without the biting wit. I am sure some will end up on a piano grade syllabus. The Six Little Pieces  show Mr Gregson trying his hand at serialism and seem out of place in his oeuvre. The longest single movement Friday a.m.  at just over six minutes is a lush Romantic fantasy inspired by the adagietto of Mahler 5; Classic FM will love it.

It is followed by the Piano Sonata of 1983, which, with its sectional structure, is a homage to Tippett’s Second Sonata and the work is dedicated to that composer, but it ends up sounding more like William Mathias.  Works built up of tiny sections are hard to bring off, and where the Tippett is a masterwork in pacing and colour, this work does not quite manage it.

The most recent Three Etudes of 2020, written in memory of a colleague are classic Gregson. Numbers 1 and 3 are motoric, rhythmic, and surprising while number 2 is beautifully lyrical without descending into sentimentality. They cry out for orchestration.

Mr McLachlan, his daughter Rose, and even Mr Gregson himself play well but the sound recording has with a rather curious boxy recording quality to it.  Was the microphone too close or the room too small?

These works scattered at 20-year intervals from 1965 to 2020 show that the piano is not central to Mr Gregson’s musical thinking and I look forward to hearing more of his brilliant works for large ensemble.