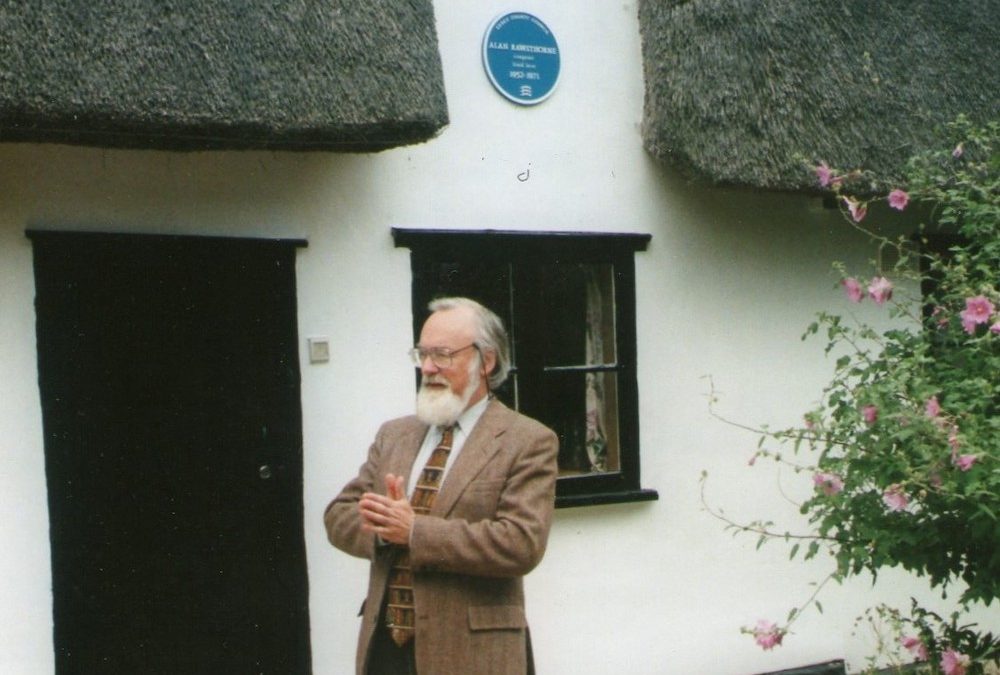 Following recent feature in BMS E-News and Printed News about musicians recognised by blue plaques, here is a picture of the Blue Plaque which was officially installed by John McCabe during the annual Rawsthorne Weekend in 1998.

Monica McCabe writes: this took place that year at Downing College, Cambridge, which was only a short (though as it turned out, a somewhat adventurous drive) to Sudbury Cottage, Little Sampford, Essex, where Rawsthorne lived between 1953 and 1971, with his wife Isobel (formerly Isobel Lambert).

John was for many years President of the Rawsthorne Society (later Friends of Alan Rawsthorne), taking over this role when Isobel died. He was a very hands-on President (as he was with all such roles).

I think we attended every one of the annual gatherings and John very often giving a recital on these occasions. John first met Alan at the age of about 11 through his piano teacher Gordon Green. Gordon and Alan were great friends, and Alan would visit Gordon’s house in Liverpool, where John was also living.

John’s interest in Rawsthorne’s music started when he was a child, and as it happens, during 1998 I compiled a list of the vast quantity of performances of British composers’ piano music that John had performed throughout his career to that date. In 1998 he had already given 57 performances of the piano works of Rawsthorne, including both the piano concertos. More followed later, of course. He also recorded the solo piano works, but sadly not the concertos.