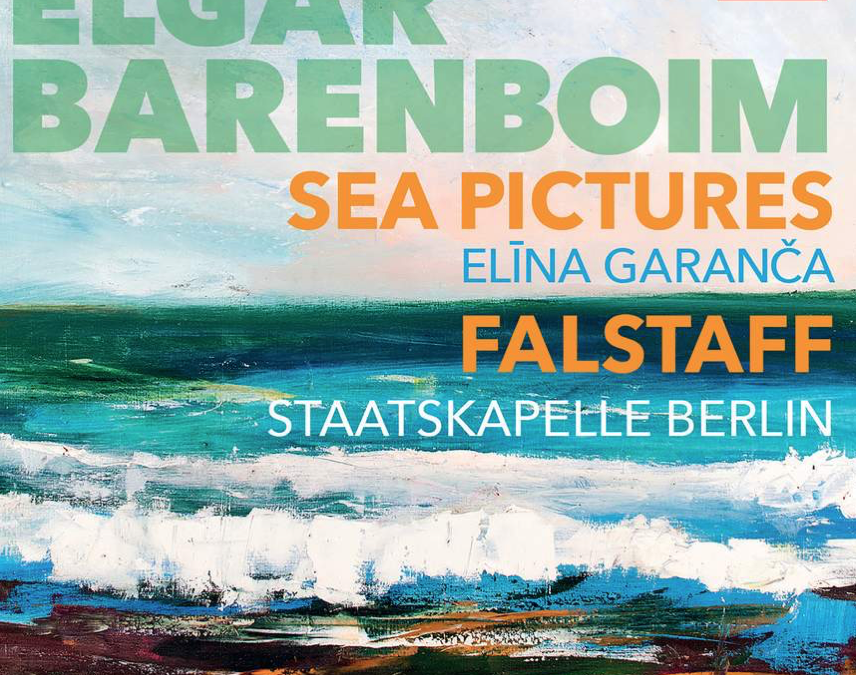 There is a wonderfully enticing Elgar revolution afoot in Germany right now and the enduring baton of conductor, Daniel Barenboim, is paving a major part of the way.

The symphonic study Falstaff has sharply divided opinion ever since the work’s lacklustre Leeds Festival premiere in 1913. This  cogent version from well-disciplined Berlin players will definitely assuage any persistent doubters. Barenboim conjures up vivid animation in a lucid score which colourfully depicts this well-loved Shakespearean character.

Competent and keenly delivered descriptive movements range in mood from Revelry and Sleep to the final Repudiation of Falstaff and his Death. Barenboim gives us further persuasive evidence as to why he is such an authoritative Elgarian ambassador.

Falstaff is also sublimely complemented by an appealing new version of the popular song-cycle, Sea Pictures.  The latest performance certainly rivals those Boult, Barbirolli and Janet Baker vintage benchmark performances. Here the Latvian mezzo, Elina Garanca’s, lustrous tones easily meet the demands of a piece that is so expressive and essentially English.

There is a distinctive mellow warmth, contrasting well with a comforting playfulness, in this engaging interpretation.

Some jaundiced listeners may continue to greet Falstaff with a measure of misplaced ambivalence. Hopefully, this arresting version may now alter some myopic views of this Elgar masterpiece.

Barenboim’s new Falstaff, crisply recorded live in the Berlin Philharmonic Hall, is a refreshing improvement – even on those eminent Elgar recordings cut by this orchestral master a few decades ago.