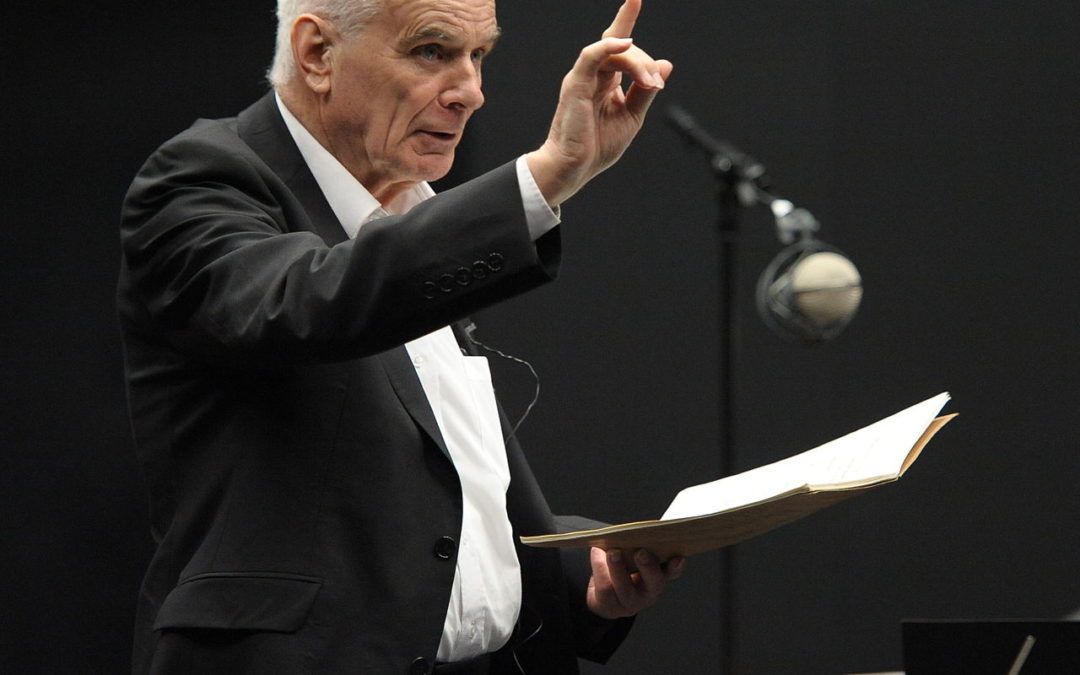 A dissatisfied part of the audience booed and walked out, during the premier performance of his large orchestral work, ‘Worldes blis’ (composed over the years 1966-9). This distressing incident, understandably, mercilessly plagued the composer.

It was at this turbulent point in his career that Davies discovered vital relief in the remoteness of  Hoy — part of the bleak and lonely Orkney Islands, lost in middle of a storm-ridden Atlantic. 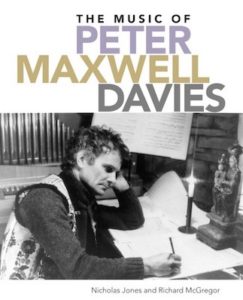 This significant episode in the lively life of the redoubtable Maxwell Davies is beautifully encapsulated by a succinct summary of Davies’ move to Hoy in early 1970’s as being an ‘engendered a seismic shift in his own style of direction…..towards a more austere, objective and consistent musical language..’

Davies’ diverse and prolific work as a notable composer grew from strength to strength.

Messrs Jones and McGregor eloquently describe how Davies uncovered a new life, enjoying a renewed composing creativity in  Airon, on the island of Hoy, nestled in the remote Orkneys.

“The area is a very special environment to compose,” the book directly quotes from Davies’ diary, “Every sight, every sound, inside or out is full of inspiring life. The walks are a good opportunity to learn the material by heart, so you have some form of transformation scheme or magic square, you’re not referring to bits of paper – you’ve got it in your head and you can work freely with it.”

This masterful volume conjures up a very satisfying insight both in technical music terms but also the anecdotal memories of a man who contributed so much to British musical art.

Maxwell Davies’ considerable talent encompasses many genres – embracing the lightweight but ever-popular, Farewell to Stromness, to the arresting 10 Symphonies (written between 1973 and 2013) and the engaging 10 Strathclyde Concertos.

A huge Maxwell Davies output includes chamber, choral, and many incidental pieces. A host of telling works were inspired by places well away from the Orkneys. For example, we read that on a ship ride through the photogenic Lemaire Strait during an Antarctic trip in the winter of 1997-8, Davies’ unbounded inspiration led to his writing of the Symphony No 8 ( subtitled ‘Antarctica’).  His wonderment for this frozen part of the world is infectious.

“I could hear ice crashing on the bows,” he graphically recalled. “I could feel a ‘self-transcendence invoked’. Davies was inspired to put his dramatic words into music.”

The Davies symphony was also written to commemorate the legendary seventh by Ralph Vaughan Williams.

During his creative and varied life Maxwell Davies closely befriended Orcadian poet, George Mackay Brown who philosophises in his autobiography: “We move from silence to silence, and there is a brief stir in between…”

In a valedictory note this splendid volume (which, disappointingly, lacks photographs) pointedly concludes: “For Peter Maxwell Davies this ‘brief stir’ was eventful and significant.”

Too true. This comprehensive volume is highly recommended for all serious classical music lovers.

The Music of Peter Maxwell Davies by Nicholas Jones and Richard MacGregor is available from Boydell Press.