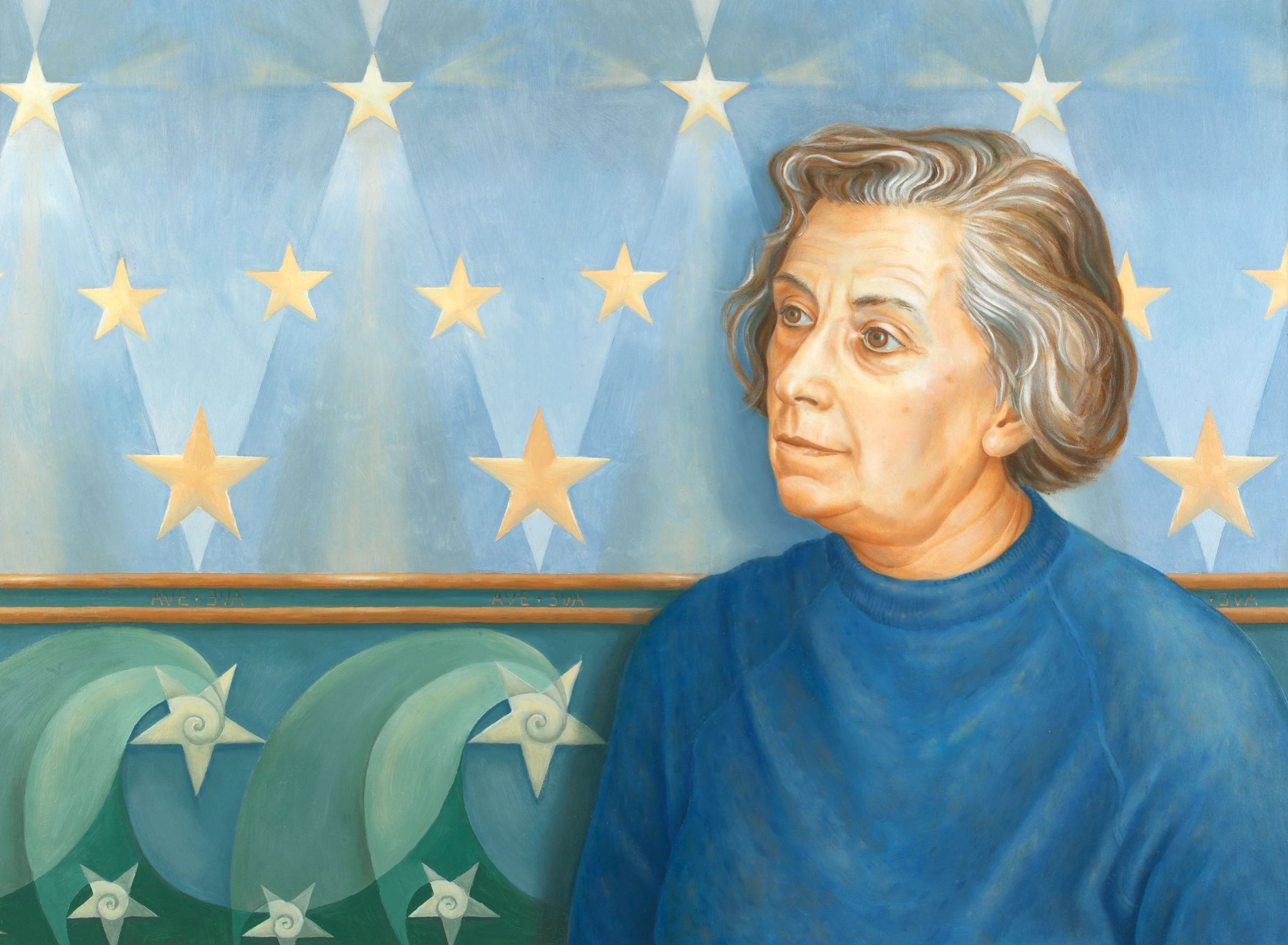 A Personal Memoir by Andrew Youdell

In the late 1960s I had the opportunity to meet Grace Williams at her home in Barry, a pleasant town in the Vale of Glamorgan, now mainly a dormitory for Cardiff workers, but a hundred years ago one of the major ports – established initially to ease the strain of berthing some of the large number of merchant vessels normally docked at Cardiff, just a few miles along the coast.

My father was born in Barry in 1916, and attended Barry Grammar School, which was, at the time, a highly respected seat of learning, with the well-known educationalist, Major Edgar Jones as its headmaster.

Major Jones was keen to promote an interest in the Arts and in other subjects not normally given a priority on the school curriculum. Many were the “Barry boys” who went on to good careers as a result of his influence – my father went on to Cardiff University, and thence to Oxford. Incidentally, a school-friend of my father’s at the same time was Glyn Daniel, later a distinguished professor of archaeology and author of many books on the subject. At this time, the head of music was Mr Williams, who, besides teaching at the school, was a noted local choral conductor. My father always thanked Mr Williams for instilling in him a love and enthusiasm for music which lasted all his life – and, of course, was eventually passed on to me. In due course, my father was also well aware of the growing fame of Mr Williams’ daughter, Grace, but did not know her well personally – but it was this link that in later life brought us all together.

I studied music in my college days, and it was then that Dad thought it would be good idea for me to meet Grace Williams, who had returned to live in her old home in Barry. I don’t know how he managed this – whether he wrote to her, or phoned, but one day in my holidays – we always went to Barry three times a year in the holidays to visit my grandmother – I found myself knocking on her door in the quiet, steep road which was all too familiar to me as I had driven, or walked, along this way many times on my way through Romilly Park down to the beach – the “pebble beach” as we called that side of the “Bull’s Nose” on the way towards Porthkerry Park. We were greeted very warmly and were eventually presented with the proverbial cups of tea. Grace knew of my family – my grandparents had, after all, lived there since 1911 and soon Dad and she were swapping happy memories of his days at the grammar school under her father’s influence. By the way, I never did learn what Mr Williams’ first name was: my grandmother, who was of a colloquial bent, always referred to him as “Old Man Williams” under which guise she must have passed him in the street when shopping in Park Crescent for many, many years.

If I thought that this was going to end up as a valued music lesson from a composer of fame and merit, I was soon disabused. Grace showed no particular interest in discussing the finer points of theory, harmony or orchestration with me – it was after all, a social call, so perhaps I had no right to expect anything more – but she did show some interest in what I was studying at college, who I was working with, and perked up when I said I was writing an end-of-year dissertation on a favourite subject – the film music composers of the 30s and 40s – a golden period in British films, with Bliss, Ireland, Alwyn, Greenwood, Walton and RVW all producing outstanding scores for the many fine films made at that time. “I have written for the films” she confessed to me, without, sadly mentioning any of the titles, though I must have asked her. In those days, you could not produce instant films on your computer at the push of a button, and it was many years before I was able to locate and hear some of her very few film scores for semi-documentaries such as “David” (1951), “Blue Scar” (1949) and my own favourite, “A Letter For Wales” (1960) in which she uses a traditional Welsh folk tune as the main theme. This is a nostalgic look – through the eyes of Welshman Donald Houston – of the Wales of his boyhood and always brings tears to my eyes as the end credits roll over Grace Williams’ beautiful music. (I think you have to be of Welsh extraction for this to happen). The score emphasizes her love of the trumpet as there is plenty of passage work for that instrument! Incidentally, “Blue Scar” was the first British film score to be written by a woman composer – at the insistence of the producer, William MacQuitty, who wanted a Welsh composer for a Welsh subject – a sign of her importance already by the late 1940s. (Grace would have hated being called a “woman” composer, of course, although this terminology seems to have increased in importance these days: she would have considered herself, of course, a composer, plain and simple!).

We visited Grace on a few more occasions – usually in the summer holidays whenever it was convenient to call in. On one occasion, I even bumped into her in the street and helped her with the shopping! (“Hello again Andrew! Are you still at college? When are you goin’ home then?). These were, as I have said, really informal social occasions ; after all these years, I wish I could tell you more about her. And, with hindsight, I wish I could have asked all the right questions or simply remember more – it is certainly nearly 50 years since these meetings took place, and at the time they seemed of little more importance than the many other social calls we made on families my father had known all his life. (It was always : “Hello again Andrew! Are you still at college? When are you goin’ home then?”). What did emerge though was that she was a very retiring person, self-effacing to a point and reluctant to talk casually about her own work in hand or her own compositions. I always remember her very strong Welsh accent – more pronounced than one often heard in Barry – more the kind of accent you might hear in the Welsh mining valleys .

After 1973, there were to be no more holiday trips to Wales as my grandmother died that year, though I have always taken every opportunity to return to the area and visit friends made since those times.
There is one sad corollary to the story I have just related ; one of those very odd quirks of life that have taken on a special meaning and have remained in the memory. My work in the 1970s took me to various parts of the country on business, and one day in Hull, I found myself with a couple of hours to spare before my train back to the Midlands where I had planned to stay with my parents overnight before returning to London the next day. I chanced upon the famous Gough and Davy Music Store (the equivalent of Barkers in Leeds, Rushworth and Draper in Liverpool, Forsyths in Manchester – and, one might add here, Christopher’s in Barry!). There was a sale on, and of course, I just had to buy one record. Here was one with a lovely picture of the beach at Barry looking down from the cliffs, towards Porthkerry Park, where I had walked dozens of times. It was an HMV LP of Grace Williams’ music conducted by Sir Charles Groves (ASD 3006, familiar to many of you, I expect!). Upon my arrival home
late that night, I proudly produced this record knowing that it would bring back happy memories to my father – whose appearance suddenly changed. “You bought that record today?” he asked. “How incredible : I have to tell you that we heard on the news this evening that Grace Williams has just died.”

Since then, I have made an effort to hear more of her music and to learn more about her life. Her music has grown on me. Now, on the occasion of the release of a new CD of her chamber music, it is with especial pleasure that I have evoked some personal memories of a wonderful Welsh lady who poured tea for me all those years ago.