THE FAIR HILLS OF ЄIRЄ 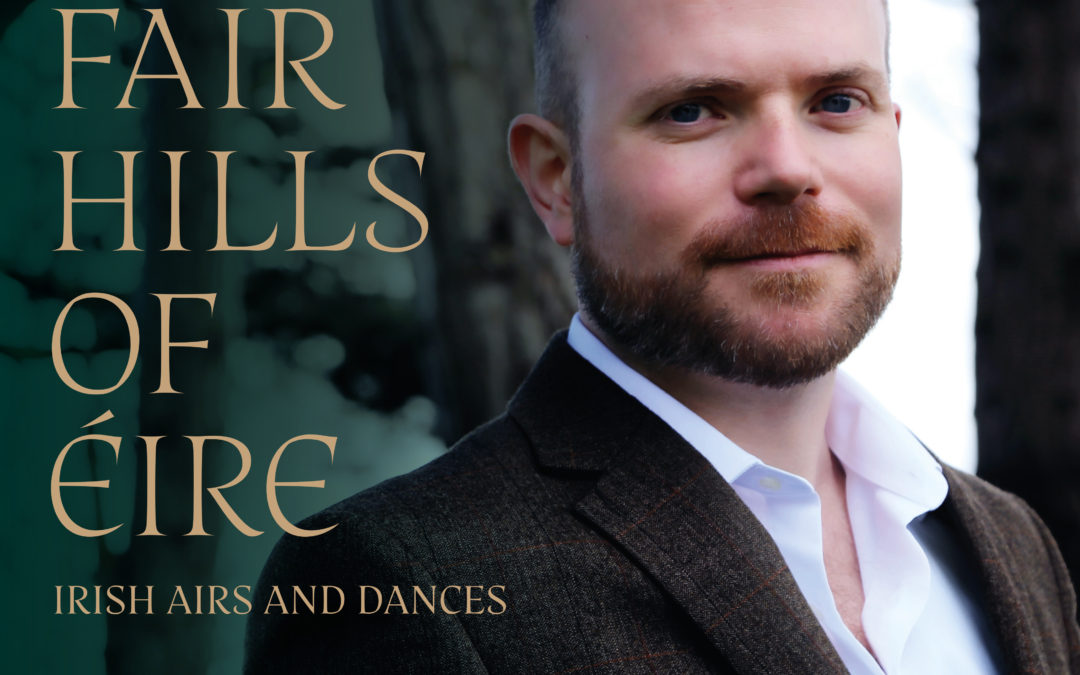 Irish virtuoso pianist David Quigley here offers 14 concert pieces based on folk tunes from his home country. These tunes are basically the meat and potatoes of the music, several well known worldwide: The Londonderry Air, The Last Rose of Summer and The Star of the County Down for instance. Fine delicious melodies.

If these are the basic meat and potatoes, of the 11 composers represented, many, though not all Irish, are musical master chefs whose flavourings, using harmonies and counterpoints, with detailed piano colourings, present us with a huge variety of distinctive musical platters to savour. The composers range from the earliest, John Field (1782 – 1837) to three still-living composers, Philip Martin, Philip Hammond and Stephen Hough.

The choice of John Field to open the selection is an exceptional one since his setting of Go to the Devil and Shake Yourself takes the rousing dance melody and, with delightfully refined decorative touches, transforms it into impressive classical sounding piano music. Field was born in Dublin and became a pianist of world renown. Amy Beach (1867 – 1944) the first well-known female American composer was fascinated by folk music. Her beautifully well-structured setting of ‘The Fair Hills of Éire, O!’ lends the CD its title.

Charles Villiers Stanford was Irish by birth but is often thought of as an English composer. His two pieces from ‘Four Irish Dances’ were originally for orchestra but here are played as piano solos in arrangements by Percy Grainger. As piano arrangements they are so exuberant.

The longest work, at just over ten minutes, is by the Irish/American Composer Swan Hennessy. Variations sur un Air Irlandais ancien begins simply with the bare tune but goes on to develop ever more beguiling variations.

The English Victorian pianist Sydney Smith’s setting of The Last Rose of Summer is flamboyant yet delicate suggesting the sort of piece that could have been set up for a player-piano.

Moving to the present, Philip Hammond’s two settings have a touch of minimalism in their decoration, while the youngest of the living composers, the English/Australian Stephen Hough gives us an arrangement of The Londonderry Air that would sit well as relaxed lounge piano music.

Brilliant playing, attractive melodies and fantastic variety makes this an hour or so of thoroughly enticing listening.