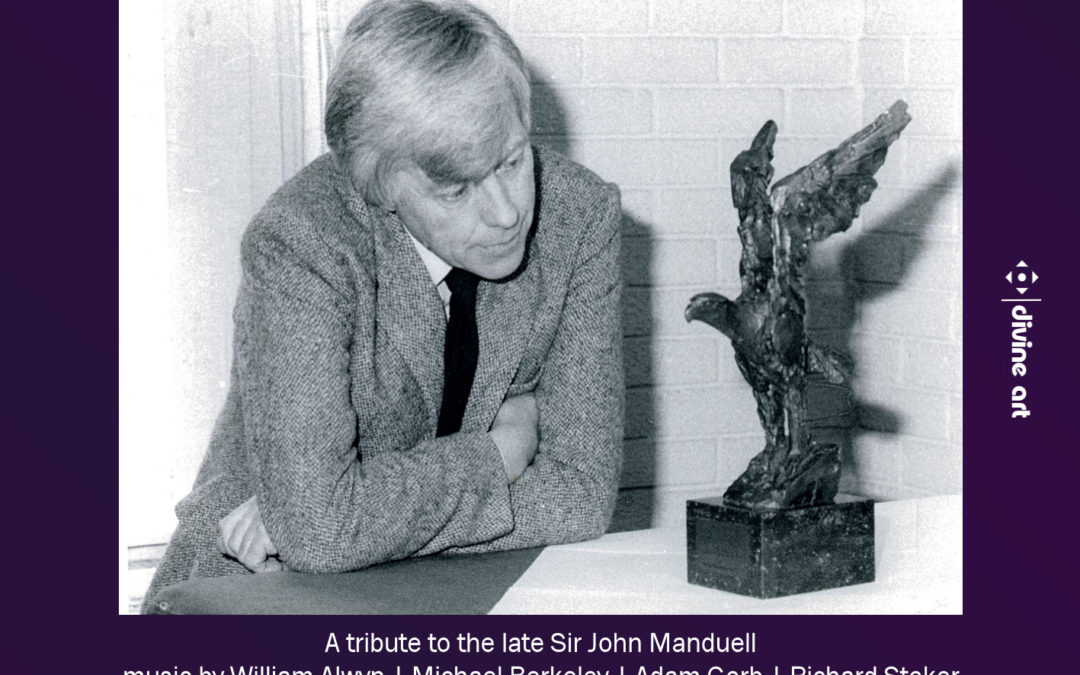 A Tribute to the late Sir John Manduell

For many years Sir John Manduell was best known as a music administrator of great accomplishment; now his compositions are slowly appearing, and here half a dozen are heard alongside works by his associates.

Adam Gorb’s Aria for Sir John is a characterful tribute for recorder and string quartet, with (to my ears) a whiff of French elegance – it is instantly appealing.

Michael Berkeley’s Dark Waltz is an elegy for a close friend; if the recorder doesn’t strike me as the obvious solo voice for a lament there’s no denying either the melodic charm or the sincerity of the piece, very much in the Valse Triste tradition.

Alwyn’s early Songs of Innocence (1931) are tuneful strophic settings that illustrate the apparent simplicity of William Blake’s verses, without ever quite plumbing their more oblique depths: by contrast Richard Stoker’s haunting Memento Mary Magdalene might be the most immediately probing music on the disc.

As for Sir John’s own works, his Elegy for string quartet from 2006 nags a repeated seven-note motto theme like a tongue probing a tooth to explore a world of anguish and angst. As a stand-alone movement the abrupt ending might strike you as either bafflingly unfinished or admirably curt. A Recitative and Aria for violin and viola explores a similarly austere world, traversing a knotty duologue to a yearning and rather plangent lament.

Three French Songs from his student years are more immediately accessible: winsome, delicate and droll by turns. After two short pieces for solo recorder the Nocturne and Scherzo for clarinet and string quartet (at 11 minutes) is the longest piece on the disc. It is very much of its time (the late 60’s): at first eerily atmospheric and then rather percussively ‘in-yer-face’. To be honest, several hearings left a rather wan impression, though it’s possible that others might be more taken with its dour rigour.

Does Sir John’s music have its own distinct personality? It is hard to say without assessing a wider sample. I shall certainly investigate his dramatic Double Concerto, also on Divine Art; for the present disc I must fall back on the infuriatingly equivocal description of well-made – even very well-made – music, well performed and presented, and leave readers to explore further.