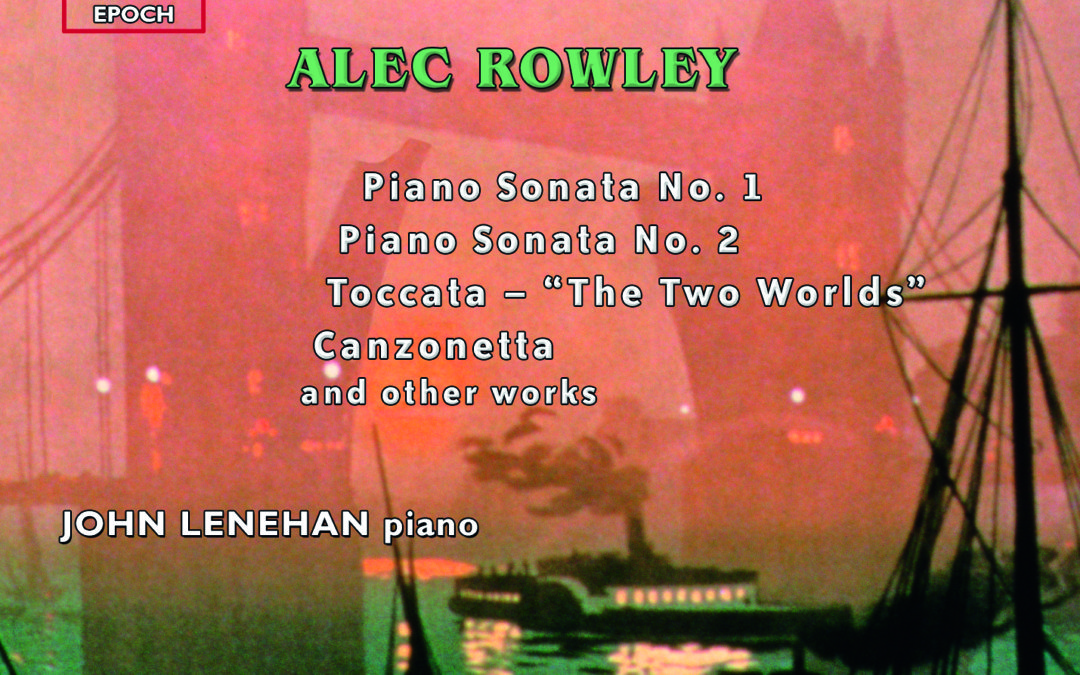 As I glanced through the August issue of Gramophone magazine, I noticed the advert proclaiming this release. Although there are other CDs which include individual works, this is the first devoted entirely to Rowley, none of whose music was previously known to me apart from Three Quiet Preludes (for organ) recorded for Priory in 2007 by Herman Jordaan, the St Albans International Prize Winner in 2003.

My interest in this new release was immediate because in the mid-1990s the late Eric Parkin (1924-2020) had declared that Rowley was an undeservedly neglected composer, whose works merited attention and were worthy of being recorded. Indeed, in his lucid and informative notes Robert Matthew-Walker mentions that Eric had incorporated the Suite for Piano (1946) into his own repertoire.

Though now largely forgotten, Alec Rowley (1892-1958) had a distinguished and prolific career both as a broadcaster from the early days of the BBC until his death, and as a teacher who exerted a benign influence on the musical education of the generation following his own.

Moreover, his reputation must once have extended beyond our own shores, as the first Piano Sonata (1939) was published by Debussy’s publisher, Durand, as was the later Suite for Piano. I was therefore glad to see that Dutton – a company which has done much to promote British music – had taken the plunge and made this CD.  It plays for almost 76 minutes and incorporates music composed between 1916 (Two Album Leaves, Op 16) and 1949 (Piano Sonata No.2 in D).

All this music is therefore contemporary with that of John Ireland.  When listening to the first track, Toccata – ‘The Two Worlds’ (1934), I detected a melodic similarity between its opening phrase and one in the last movement of Ireland’s Sarnia (1940), though I will not venture to say whether or not Ireland was influenced, consciously or otherwise, by Rowley’s earlier work.

The recording is excellent, and the music is very ably played by John Lenehan, who – like Eric Parkin – has recorded all of John Ireland’s piano works. So: lovers of British piano music of this period may buy this CD with confidence. I hope they will share my gratitude to those responsible for producing it.