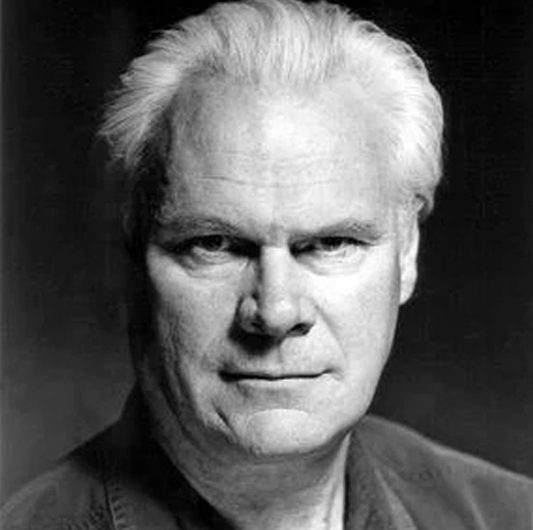 Meeting extraordinary people is one of life’s great privileges and David Lloyd-Jones, who died on 8th June, was one such extraordinary man.

His love of music developed from his father taking the 10-year-old David to hear a concert with the London Philharmonic Orchestra in London’s Royal Albert Hall, conducted by Sir Thomas Beecham. This was in strong competition with his devotion to the theatre and he would wax lyrical about having seen “Larry” (Sir Laurence Olivier) in many performances of Shakespeare. It obviously followed that the synthesis of these two passions would find their natural pairing in opera and David often remarked that he adored singing (and singers!) above all other forms of artistic expression.

His years at Magdalen College, Oxford were marked by a somewhat unlikely friendship with another, shy, fellow under-graduate – one Dudley Moore. As David ruefully remarked, Dudley was always surrounded by a throng of the most attractive women.

On looking out from the balcony of his Chelsea flat, David was at pains to point out that the grassed area now used for exercise by the local schools was previously owned by the Ministry of Defence and during his years of National Service in the army, having committed a minor misdemeanour, he was made to repeatedly run around the square, rifle above his head, until his arms could no longer support its weight. At the conclusion of his National Service and as a talented linguist, he was enrolled onto the Joint Services School of Linguistic’s Russian programme where he became fluent in Russian. The rigour of the programme was scarcely less arduous than his run around Chelsea with rifle atop.

David began his musical career in 1959 at the Royal Opera House, Covent Garden, where he was employed as répétiteur. Freelance conducting engagements followed until he was appointed Assistant Music Director at Sadlers Wells Opera in 1972.

In 1978, together with George Harewood (then Earl Harewood) and Graham Marchant, David formed what was then known as English National Opera North. He was the company’s first Music Director, auditioning and subsequently selecting players for the English Northern Philharmonia, ENON’s full-time, resident orchestra. Initially drawing support from English National Opera, David announced after two years that Opera North (as it was then to be known) would be independent of ENO. The rest, as they say, is history, with David conducting over 50 productions, including such highlights as the British stage premiere of Richard Strauss’s ‘Daphne’, Borodin’s ‘Prince Igor’ and Mussorgsky’s ‘Boris Godunov’, which drew on his great love of Russian music and literature. Before stepping down in 1990, the English Northern Philharmonia (now renamed the Orchestra of Opera North) gave concerts of symphonic programmes throughout the North of England and beyond.

David’s recording legacy is mainly focused on his love of British music, featuring everything from Alwyn to Walton on such labels as Hyperion and Naxos. Due to the decline in popularity and relative rarity of much of this repertoire, opportunities to perform the works prior to the recordings were few and far between – a fact that David bitterly regretted as he maintained that the best of these works feared no comparison, deserving much wider recognition. He believed that the BBC in particular could have done much more to keep many of these works in the public eye – especially as quite a few of them were BBC commissions. Recording sessions were therefore conducted on the basis of rehearse/record, with the orchestras in question having never seen the music beforehand. These were sometime gruelling occasions but no matter how difficult the working day, David always looked forward to a convivial meal and drink afterwards.

In my many conversations with DL-J (as he was generally known), one was always aware of the great depth of his knowledge and experience. This, together with his acutely accurate recall of events, made him an engaging raconteur. His reach and contact with past legends was enormous ranging from his schoolboy encounter with Ralph Vaughan Williams, who demonstrated great kindness to the youngster, through to meeting Shostakovich in his more mature years, describing

him as “a rather miserable little man”. David had particularly close friendships with contemporaries Gennady Rozhdestvensky and Sir Charles Mackerras and he often recounted tales of telephone conversations with the latter whereby the dialogue would consist only of quotes from the Savoy Operas of W.S. Gilbert.

David knew the routes and numbers of practically every London bus and at his Sussex hideaway, kept written, detailed, annual logs of another of his great passions: indigenous English roses.

A distinguished editor, David’s edition of ‘Boris Godunov’ is still the “go to” version of choice and he was editor-in-chief for the Oxford University Press edition of William Walton’s orchestral works. His last and most recent task in that field was to edit Ralph Vaughan Williams’ opera, ‘Sir John in Love’ – again for OUP. He also served as a member of the Council of the Royal Philharmonic Society and the Delius Society, amongst others.

David and his late wife Carol were enthusiastic and generous hosts, delighting in finding new friends and keeping in touch with old associates. Carol passed away in 2016 and David felt her loss keenly. His own health began to deteriorate some three years ago when he lost his sense of taste, rendering food consumption as “akin to eating cardboard”. Accordingly, his previously robust mien suffered and whilst his body objected to the lack of calorific intake, his mind and memory remained as sharp as ever. However, with physical weakness came a series of falls and subsequent hospitalisations. He couldn’t cope with these, observing in one such conversation, “Andrew! Do you know that in hospital they make you lie in bed all day?”. I responded that this was the general idea but David wanted to sit in a chair so that he could continue his avid reading, so he discharged himself and returned home.

David would talk for hours with unconcealed pride about his children and grandchildren, particularly delighted that three of the latter had chosen to study in Leeds, a city he maintained a great affection for. He once remarked “one of the greatest sorrows in life is that trees grow too slowly and children, too quick!”.

That was typical of DL-J.

Andrew’s long association with David Lloyd-Jones began when he played as a freelance violinist on David’s recording of Arthur Bliss’ ballet, ‘Checkmate’ and continued by playing for both opera productions and concert performances with Opera North. After a change of career direction, Andrew was producer on most of David’s recordings for Naxos and indeed on David’s last recording of ‘Elgar Miniatures’ on the Dutton Epoch label. David had plans to make his swansong recording of Walton’s music from Henry V – sadly, this never came to fruition.