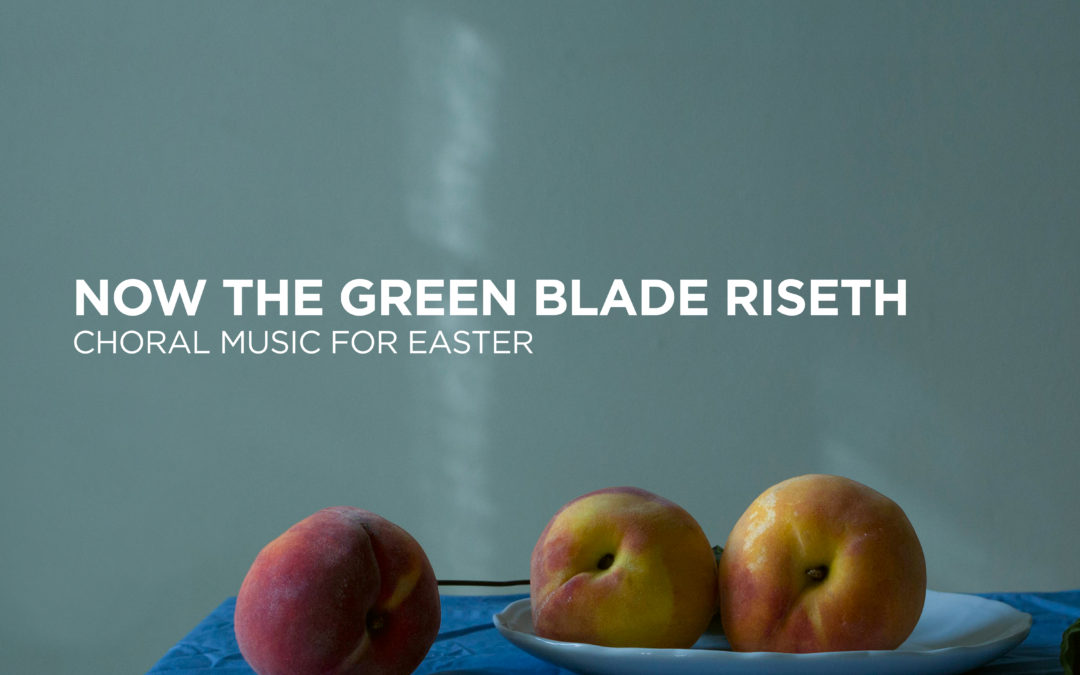 Every Christmas Eve, the television broadcast of the Carol Service from King’s College, Cambridge is something not to be missed. But is not Easter’s music equally significant? From 15 April this year, Now the Green Blade Riseth a programme of Choral Music for Easter by the Choir of King’s College, Cambridge, directed by Daniel Hyde, will become available on CD, streaming and download.

The 18 items on the CD take the listener on a journey from Palm Sunday, through the Crucifixion to the Resurrection and the Glory of the Risen Christ. The broad sweep of the history of Anglican church music is represented from echoes of its Catholic past with William Byrd’s Civitas sancti tui, through two pieces by Samuel Sebastian Wesley, the Edwardian period represented by Stainer’s God so loved the World and Elgar’s Light of the World, then John Ireland and finally to the present day with Bob Chilcott’s arrangement of the piece that gives the CD its title. The very heart of Anglican music is represented here and from the continent too come attractive works by Duruflé, Rossini, and Antonio Lotti.

Included as ‘staging posts’, like the Chorales in the Bach Passions, as the accompanying note suggests, are four popular Easter Hymns, Ride on! Ride on in majesty! for instance. It sounds great, and indeed, all the hymns with exemplary performances by the choir and organ scholar, Paul Greally, raise these to the quality of the finest musical art with descants composed by fine English musicians like Philip Ledger and John Scott.

Every item is superbly performed, but for me, just a few of the high points included Duruflé’s Ubi caritas et amor so smoothly sung, John Ireland’s Greater love hath no man with both voices – treble solo by Samuel Hodson and bass solo by Henry Brearley, and magnificent organ from Matthew Martin. He also provides the organ parts with their suggestion of Messiaen-like bird sounds in Bob Chilcott’s simple yet mystical setting of Now the green blade riseth. Organ enthusiasts will be impressed by Matthew Martin’s opening fanfare and his joyous performance of the Choral Improvisation sur le Victimæ Paschali a ‘sortie’ by Charles Tournemire, transcribed by Maurice Duruflé.