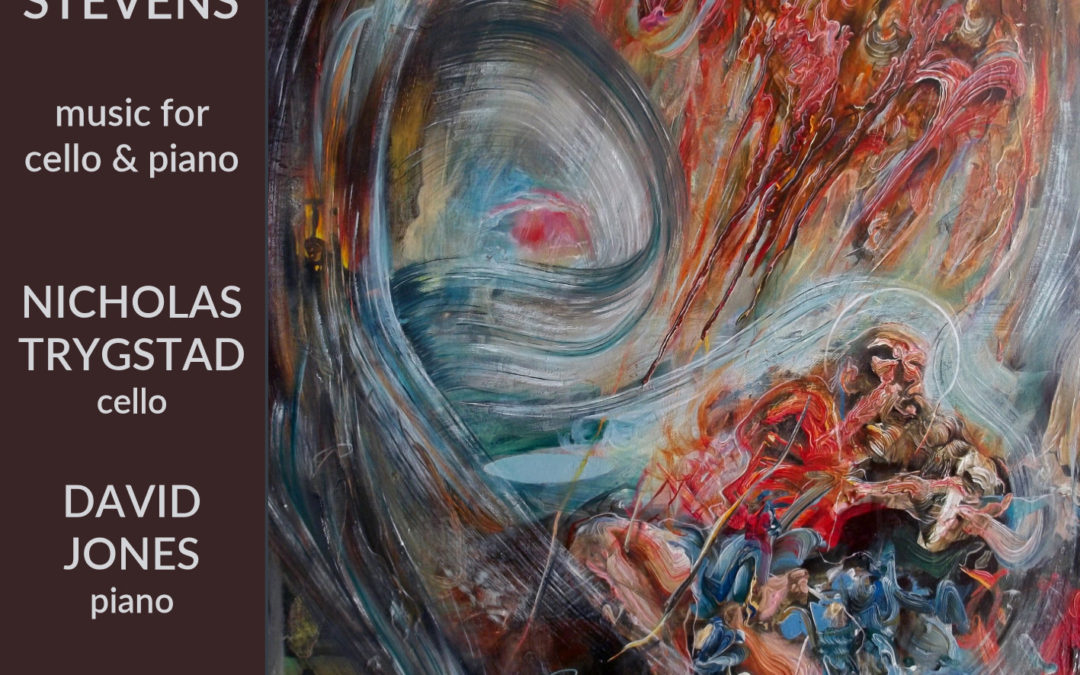 Several of the twenty numbered items on this CD reveal Robin Stevens to be a very individual and exploratory composer. This is especially true of the first of the two longer works on the CD. The Sonata Romantica for cello and piano’ does not instantly come across as a ‘romantic’ work. Referring not to this piece alone, but to many of the shorter ones, Stevens write, ‘the cello’s melodic lines just maintain a hold on tonality in the face of dissonant, staccato piano accompaniments’. In the Sonata, the piano is mostly not an accompanying instrument at all. Both players have starring roles, equally radiantly performed by cellist Nicholas Trygstad and pianist David Jones.

At the beginning of the work and in its final two minutes, cello and piano are together in a more traditional format and in these last moments, the idea of ‘romantic’ certainly shines through. Elsewhere, the solo instruments indulge in conversation or even impassioned argument. The cello is a ‘singing’ instrument while the piano basically is constructed as a percussion instrument. Robin Stevens latches onto those sound ideas and develops them throughout the work. Its brilliance lies in the way that Stevens makes the instruments sound so different and yet marries them together so well throughout even the most argumentative passages.

The second larger work on the CD could not be more different. In the five movement Balmoral Suite depicting members of the Royal Family in their Summer visits to Balmoral, the piano is a perfect accompanying instrument throughout a series of attractive traditional Scottish dance-style tunes. This is ‘easy listening music’ (whereas Sonata Romantica is not).

There are two groups of ‘character’ pieces for cello and piano. In each, one movement stands out: Clockwork Toy and A Short Ride in a Dangerous Machine (not to be confused with the John Adams minimalist piece for full orchestra). These two pieces are amusingly pictorial in their impact.

There are four pieces for solo cello following on the tradition of J. S. Bach and later Britten. Stevens is himself a cellist and these pieces further investigate the solo capacities of the cello.

The final piece, A Birthday Trifle, accords with the easy listening pleasure of Balmoral Suite, so this recording, depending on the pieces, could both test and delight the listener.