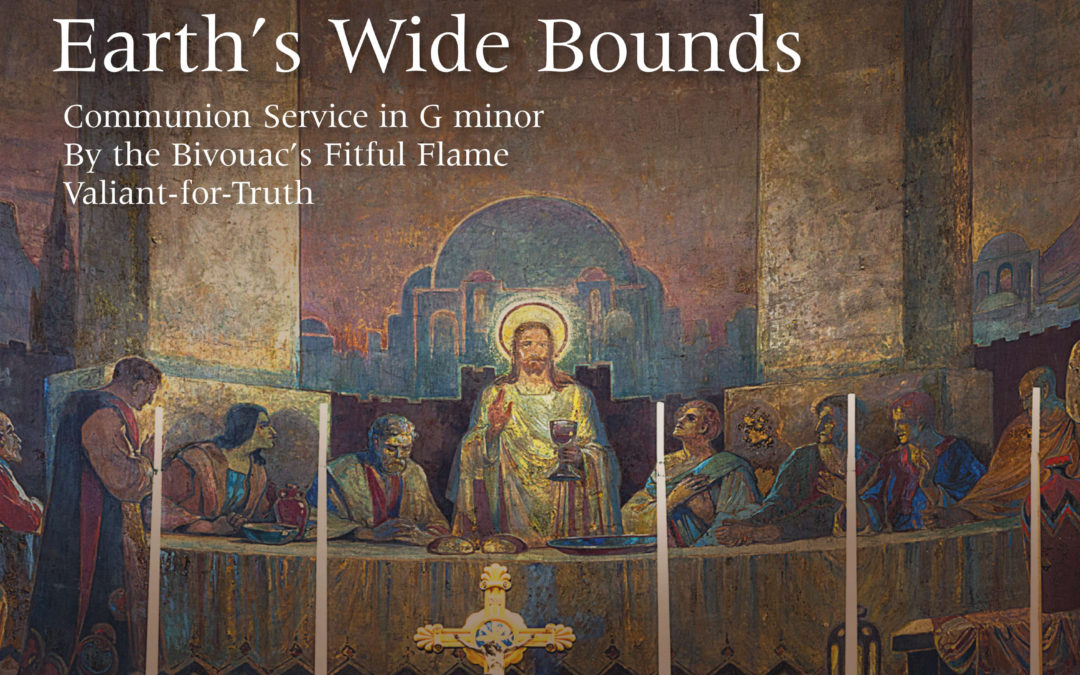 Naturally the 150th anniversary of RVW’s birth provides an opportunity to plug some gaps in the recorded repertoire, and to feature other less well-known items.  Here we are offered Anglican service material, six anthems and by contrast, six well-known hymns, all presented in a random order which might not, in the event, be the way that one might want to listen to this disc. (Of course, if you have a remote control at hand you can choose your personal order preferences.)

Anyone familiar with the previous work of William Vann and his forces may be assured that the high standards in presentation, performances and recording are maintained throughout.

The major item of interest is the Communion Service in G minor, which is our old friend the Mass in G minor adapted for Anglican use.  This adaption was published in 1923, a year after the Mass itself.  This was the work of Maurice Jacobson with revision by RVW himself.  It does not seem to have been widely taken up in this guise.  In addition to the main text the composer had to provide music for the Responses to Commandments.  Here the commandments are spoken by Rowan Williams, the former Archbishop of Canterbury.  In accordance with the then Anglican liturgy, the Gloria comes at the end.

The other service item is the Te Deum in G which ahs always struck me as being a bit wooden – dutiful rather than inspired.  Other anthems and motets include here are ‘O clap your hands’, ‘O taste and see’, Let all the world in every corner sing’, and ‘Valiant-for-Truth’ (an item that could not be fitted into ‘Pilgrim’s Progress’).

The hymns included are all well-known, and some are taken take at a pace which would leave a congregation panting.  I feel that Sine Nomine ‘For all the Saints’ does lose some dignity here, as though there is a rush to get through the 8 verses.  At risk of being obsessed with trivia, I note the curious fact that the bass in bars 5 and 6 of the tune is the version used the original 1906 English Hymnal.  VW much improved this element for the 1925 ‘Songs of Praise’ and the English Hymnal of 1933. (It is even odder that it was the 1906 reading that reappeared in the New English Hymnal in 1986).

Does anyone know anything about this? – it would make an interesting E-News article.

Finally, there is a welcome first recording of a 1904/1906 ‘Nocturne: By the Bivouac’s Fitful Flame’ , a mixed parentage setting of a Walt Whitman text.  It is thoughtful and very atmospheric.