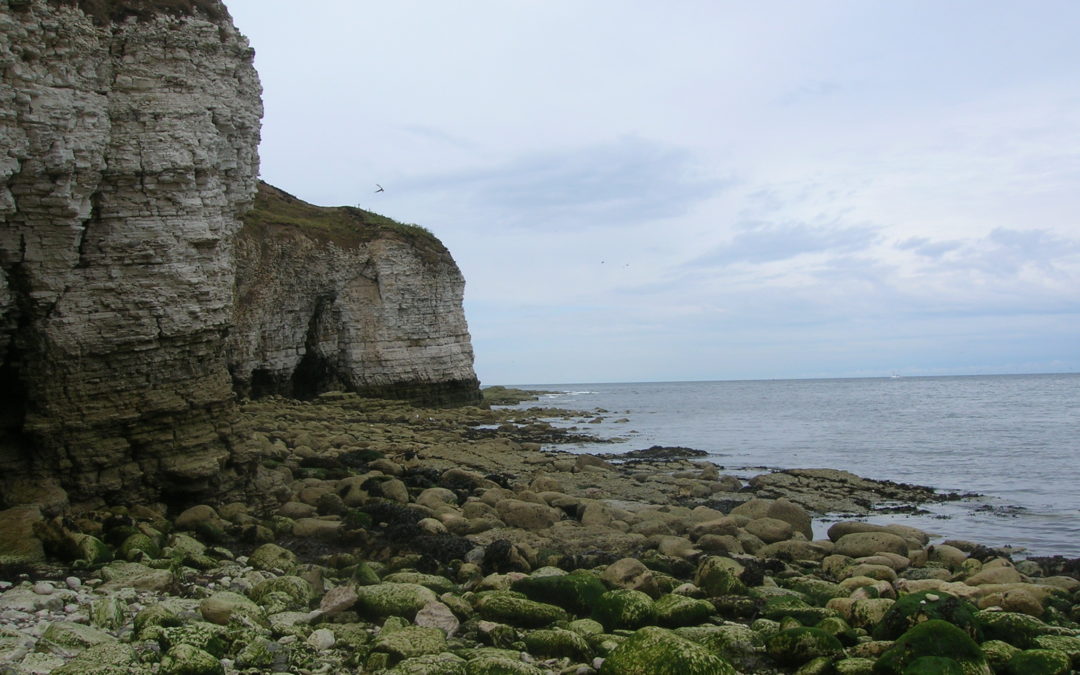 In the early hours of a sleep-deprived night during the darkest days of the Covid-19 lockdown, my thoughts had turned to Flamborough Head where my wife and I had bought a weekend retreat on the Outer Headland in 2012. An internet search on Flamborough Head directed me, by chance, to the song Good night to Flamboro’ and William Baines. Following this up I found the British Music Society and in a slightly frenzied manner immediately applied to become a member so I could purchase the monograph (No. 4) on the life of Baines by Roger Carpenter.

This discovery excited Rachel Gibson, Treasurer to the Friends of the Chalk Tower, who are a small group of enthusiasts determined to make more of the early navigation tower built in 1673 on a high point a few hundred metres from the cliff edge at Flamborough. The Friends aim to improve the understanding of the tower to the public and find new uses for what had become a neglected Historic England listed building owned by the East Riding of Yorkshire County Council. (See Friends of Chalk Tower on Facebook for further information.)

Many local people visiting the old lighthouse building known as Chalk Tower remember its restoration in the 1990s, and others recall climbing into it through a broken ground floor window as teenagers. For a few years now, visitors had expressed an interest in using the Tower to display works by artists, photographers and crafts people. Others suggested its suitability for small artistic events such as an opera singer dressed as a mermaid singing sea shanties at the top, or niche concerts by solo instrumentalists as well as poetry readings.

Rachel, who is also a professional musician, supported a decision to organise a small festival of events in 2022 to commemorate William Baines. In 1972 the Harrogate Festival Exhibition had featured his music, and Richard Bell produced well designed, interesting information sheets, photographs and other memorabilia to commemorate William Baines, but there has been very little produced since. Sadly the Alan Cuckston CD of Baines piano music is no longer available. We hope that through our efforts, the residents of Flamborough, Bridlington and other parts of East Yorkshire will become more familiar with his works, especially his Goodnight to Flambro’ over the coming months.

Many readers of this newsletter will be familiar with William Baines through the excellent BMS monograph by Roger Carpenter. However, it is possible that some of you may not be familiar with him so what follows is a very potted biography.

William Baines was born on the 26th March in Horbury, three miles west of Wakefield, West Yorkshire, into a musical Methodist family. His father was a cinema pianist, moving first to Cleckheaton. When William was a teenager the family moved to York where his father took up the position of pianist at the Fossgate Cinema.

William displayed prodigious musical skills early on, and soon came to the attention of Eaglefield Hull, then the prime mover behind the Huddersfield Musical Society, who encouraged Baines to play, compose and publish his music.

During WW1 Baines enrolled in the British military forces and quickly caught ‘Spanish Flu’. While convalescing in a military hospital in York he met the artist Karl S. Wood and the two men formed a close friendship.

As part of his convalescence Baines spent time visiting his aunt and uncle in Bridlington and often cycled to Flamborough Head with its spectacular cliffs, birdlife and turbulent weather. The dramatic East Yorkshire coastline and the ever changing North Sea were  important sources of inspiration.

Regrettably, Baines never fully recovered and he died of tuberculosis at the tender age of 23 in 1922. We will never know what he might have produced, but there is a sizeable legacy of piano music and a few symphonic works which we hope the music community in Yorkshire and beyond will explore more this year.

It is interesting to compare Baines with George Butterworth, another gifted composer with York connections who died during WW1. Butterworth is much better known and there is a plaque on the wall of his family home in Driffield Terrace in York. No such plaque has been erected on the Baines house on Albermarle Road.

Was it because Butterworth had parents who could afford to send him to Eton?

Future planned events include a programme of recorded music with a brief introduction to William Baineson his birth date Saturday 26 March. This will take place at dawn in The Flamborough Bird Observatory Seawatch Hide near the Fog Station Flamborough Head. Stout footware, warm clothing, hats and warm drinks are considered essential by twitchers who often arrive soon after dawn.

The second event is scheduled for Sunday 6th November 2022, the centenary of the day Baines died. We are planning to put on a piano recital and we are delighted that Josephine Peach has agreed to play. Tickets will go on sale later in the year.

If you know anyone interested in William Baines who is planning events to commemorate his life and work we would be delighted to hear from you.

Acknowledgements: Rachel Gibson, Robin Longbottom, Josephine Peach, Carole Smith and Professor David Young all kindly read and commented on early versions of this article and made valuable suggestions for which the author is very grateful.

Bell, Richard, 1972. The Yorkshire of William Baines. Booklet, leaflets and posters prepared for the Harrogate Festival Exhibition of 1972.