ARNOLD BAX: From the Hills of Dreams 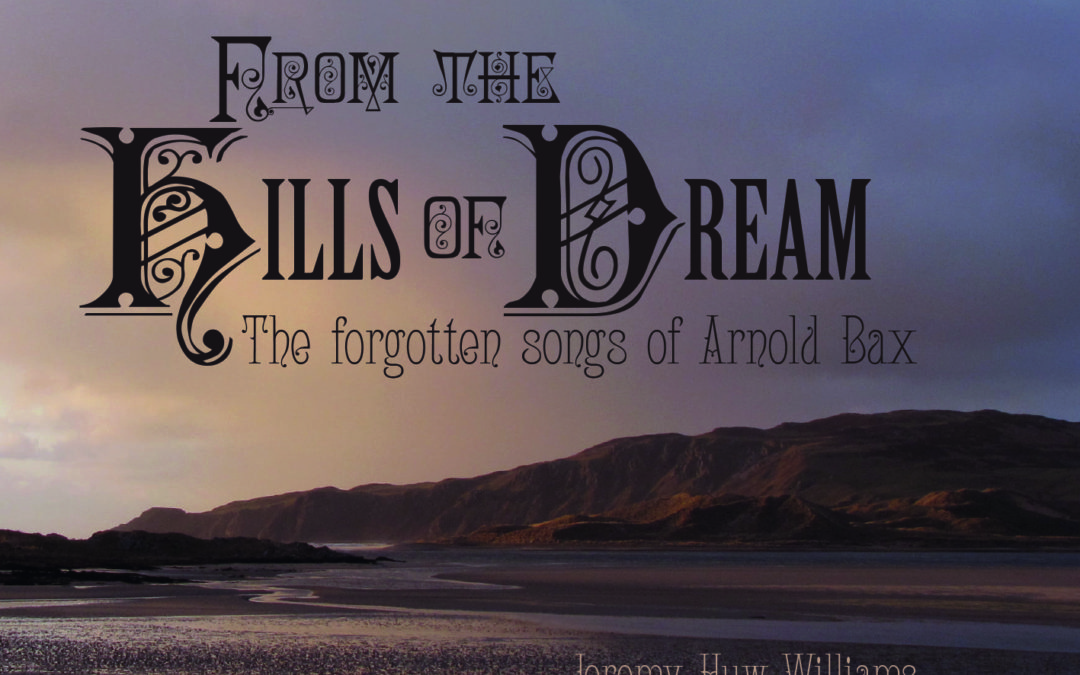 Bax’s songs rarely show up on disc or in concert. I have a couple of earlier CDs that only infrequently get played– so would these eighteen unrecorded songs lure me back to this part of the composer’s oeuvre?

Many of the songs here are pre-WWI, when Bax was still finding his feet. Most are slow, and often feature rather ungainly piano accompaniments. Some are long – two are seven minutes or more, and don’t come close to sustaining their length. Few strike me as memorable.

Many of the texts have aged poorly, like the awful ‘Oirish’ The Grand Match: and where Boughton was able to transform Fiona MacLeod’s fey lines with fresh and penetrating melodies, Bax’s settings lie flat on the page. There are settings of German Danish and French lyrics, as well as Hardy and Chaucer, but these fare no better. Often Bax seems to almost wilfully cast the vocal line against the sense of the words, as in a turgid setting of Tennysons ‘The Splendour Falls’.

Frankly I don’t think Bax was a good songwriter, and the early efforts especially require the strongest advocacy. Alas, while Jeremy Huw Williams has had a distinguished career this disc should have been made years earlier. Bax’s long and twisted vocal lines demand accurate pitch and impeccable legato…in sadly short supply here.

More than once I found myself actually wincing. Dire lines like ‘Let Loose the hounds of war, the whirling swords! Send them leaping afar’ call for a rock-steady declamation that his straining reach and wobbly vibrato miss by a mile. There have been several successful settings of ‘The Twa Corbies’; Bax bizarrely chose to set it for reciter, something few singers can manage without sounding arch. Mr Williams doesn’t even try for a Border burr, so that lines like The tane unto t’other say/Whar shall we gang and gine the day?’ declaimed in a tame RP simply sound ludicrous. Throughout Paula Fan plays the thankless piano parts accurately but flatly, never quite bringing the true Baxian idiom to life.

As ever with EM Records recording and presentation – excellent notes by the late Graham Parlett – are immaculate. Nevertheless, I’m sorry to say this disc is a rare misfire – one for the most dedicated of Bax completists only.