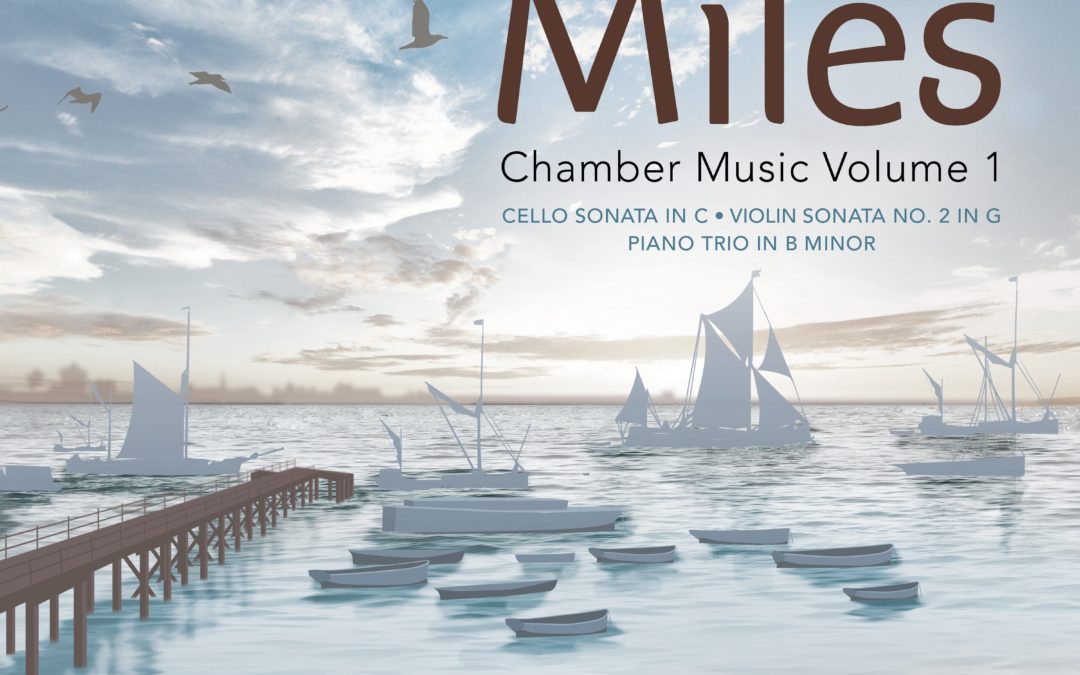 Reviewing ‘rediscovered’ music sometimes means struggling to find something polite to say.  No such need here!

Percy Hilder Miles was a Professor at the RAM and the author of some 140 extant but mostly unpublished works.

The 1916 Cello Sonata immediately reassures by overflowing with blithe but deeply felt melody – a characteristic of all these scores. If the slow movement is less immediately memorable it is still thoroughly fluent, and the finale – featuring an insouciant and rather Grainger-esque theme – is instantly winning. Seemingly untouched by war this is nevertheless a deeply felt piece that belongs in the repertoire.

The 1894 Violin Sonata was already the teenage composer’s second. Did he actually feel the heart-on-sleeve ardour with which the music brims, or was he imitating the musical currency of the day?

If so, he does so impeccably. If the three somewhat lavender-scented movements are rather too similar in mood and tempo the music is always exuberant and distinguished throughout by clear-cut themes and exemplary invention. There are two more mature violin sonatas which I am now most keen to hear.

The 1901 Piano Trio seizes the attention with a tempestuous surging theme – real-sit-up-and-listen music. The second movement is a plaintive lament like a funeral dirge, and if (pace Constant Lambert) Miles basically ‘repeats it louder’ the result is a stoical dignity.

The third trips along joyously, teasing and singing – think maybe that Litolff Scherzo. The finale returns to the opening themes and contains much that is mysterious and searching: in fact it is so rich in invention that I immediately pressed ‘Play’ again – twice. This is a completely and satisfyingly achieved piece: by rights it should have been played hundreds of times in the last century.

The more ‘European’ British composers of the early C20th – D’Erlanger, Bowen, Ashton – have had short shrift lately. If there’s nothing obviously ‘English’ about Miles’ music, it remains English by default – as with, say, Hurlstone. True, it is conservative, but now that we no longer need to place every composer in the Great Modernism Sweepstakes, time is found to be kinder than the critics, and it is wonderful to know that this disc is just the first in a series.

With no room left for recording or performers I will settle for… superb. Very strongly recommended – my disc of the year.

Note: This CD can be ordered from mikepurtonrecording.com