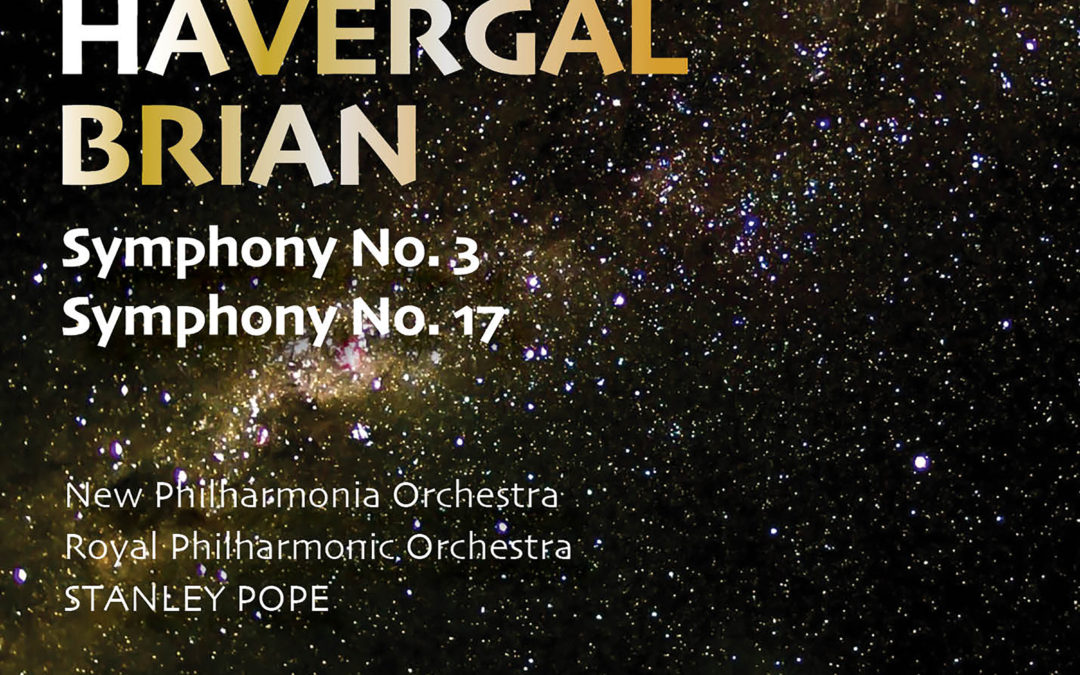 I first heard the 3rd Symphony years back – in this same performance – via a ropey bootleg LP, and despite the frying-pan surfaces, the dazzling originality of the music was instantly evident.

It starts with a heaving and lumbering motif recalling some primeval beast hauling itself from the swamps, then spins through twenty minutes packed with staggeringly fantastic and original ideas, culminating in an astonishing cadenza for two pianos and timpani that might evoke Conan Doyle’s Lost World. The whole movement is so naggingly memorable that it has been playing repeatedly in my head for a week.

II opens with a dark, querulous theme on the lower strings, and explores a nocturnal landscape where heroic striving contrasts with tortured pastoralism and elegiac lament, via a series of dazzling orchestral textures.

III is a shock – a raucous Music Hall chorus shows Brian could belt out a good tune with the best, contrasted with a slithery Palm-Court waltz. The music careers back and forth to an uproarious climax: it would be an instant hit in concert – will it ever have the chance?

Despite some striking passages I’ve never felt that the (comparatively) brief finale quite balances the epic earlier movements, and I’m still not sure how, or if, it earns its final triumph; however, what is unmistakable is the thrilling and fist-shaking climax with which it ends.

The New Philharmonia play well: moments of struggle are even oddly appropriate, as a sense of heroic striving is arguably intrinsic to the work. The 1976 BBC tape provides good studio-quality sound, and the booklet has eleven pages of insightful notes by the eminent composer John Pickard.

The very few performances thus far have still not really found the measure of this mighty work, but pending a new recording (please!) this will serve eminently well as an introduction to one of the most remarkable scores of the early Twentieth Century.

The brief Symphony 17 is in Brian’s familiar late style, in which short motifs are juggled in a shifting mosaic that ranges from the heroic and tender to the quizzical.  Repeated hearings (no hardship) reveal a compressed logic that makes for a completely cogent and once again naggingly memorable work. If the BBC studio performance isn’t always perfectly polished it still has plenty of brio and enthusiasm.