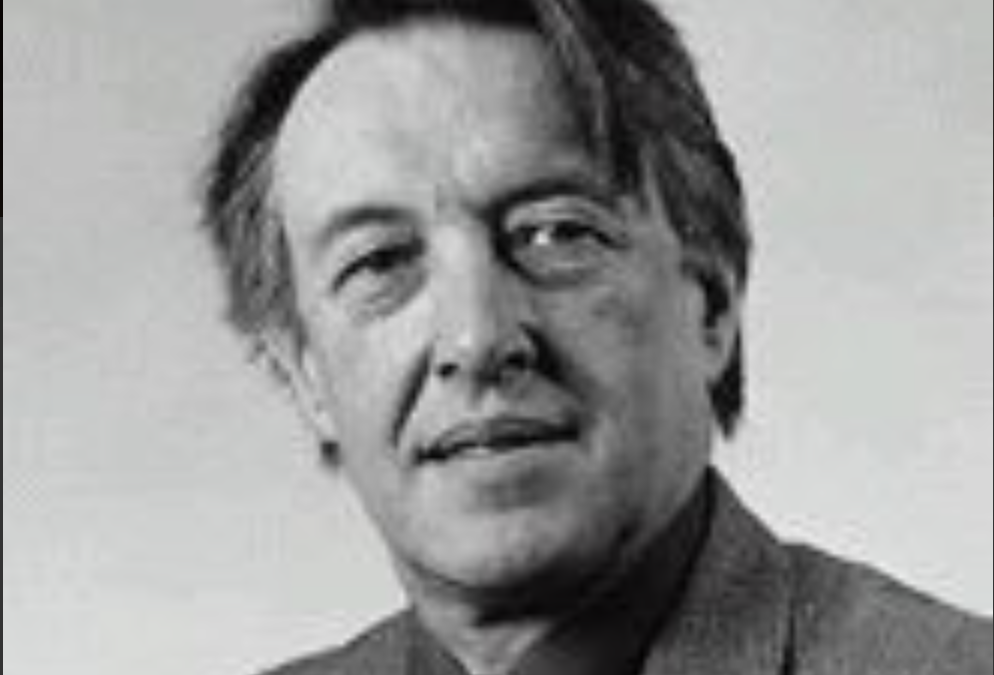 John Turner’s obituary to Gordon Crosse who died on 21 November 2021 makes reference to his third Elergy, Ad Patrem, which was composed in 2009 in memory of his adored father. Ad Patrem is as yet unperformed and we hope that by publishing the composers own notes on this work it might inspire a live performance in the near future.

My father, Percy Broughall Crosse. was born September 2nd 1907 in Ambleside – then in the county of Westmorland.  He died in Sept 1987 and his life seems to me inspirational as a model of tragedies and frustrations borne and overcome by sweetness of character and extraordinary determination.

He was an exceptionally intelligent man who in the normal course of events would have gone to university to study engineering –  but his father died  when he was 16, his mother could not handle the financial difficulties and he had to start work in the bank – the Midland at Bowness.   Engineering became a hobby along with Music at which he was very gifted.  He played piano, organ and cello.  I am quite ashamed that as a professional musician I never began to achieve his high standards as a performer.

The bank moved him to Fleetwood in Lancashire where he met and married Marie Postlethwaite my mother.  He was then moved to Bury, Lancashire, where I was born in 1937.  It was typical of his character that the banking career that had been forced upon him was pursued with the full energy and commitment he brought to everything and he seemed destined for a high position.

All such hopes were destroyed after 1939 – not just by the outbreak of war but by the beginnings of a “Arthritic” disorder that was eventually known as Ankylosing Spondylitis but was not diagnosed correctly for many years.  He was drafted into the RAF despite this and after working in Radar he was invalided out within the year.  At this point he was moved to a slightly less busy branch in Cheadle, Cheshire and we moved to the village of Cheadle Hulme.  While trying to return to work in the bank he suffered from medical mismanagement including two years in hospital with hip plaster and undergoing traction.  When I tell medical friends of this they are horrified.  By the end of the war he had locked hip joints and a rigid spine and needed to walk with two sticks.  He had also been forced to leave the bank and needed an income for  his enlarged family – my sister Peggy was born in 1944.  His engineering skills were called on and he did many small contracts manufacturing demonstration and advertising items.  His home workshop grew and the weight of lathes, milling machines and drills threatened to drop through the attic floor.  So we moved again  – to Stockport where  his workshops could occupy the whole of the basement area.  He got a job with a local engineering firm – working from home as a Model Engineer and I recall in particular his working scale model of a Baum Coal Washery Plant that took three years to build.  My modest contribution was the regular cutting to length of batches of rivets, and helping to pick up from the floor the small items that he continually dropped and was unable to bend and retrieve.

There was no end to his ingenuity in overcoming his disability – the word “Can’t” didn’t seem to exist.  Motor cars were modified, stairlifts built and he had the ability to repair almost any household item – from a watch to a radio. Meanwhile he kept up his musical interests – making a tower of cushions and small stools on top of the piano stool so he could continue to play Chopin, and building amazing hi-fi systems with huge speakers in concrete pipes to play his beloved Wagner records.

Mother died suddenly and unexpectedly in 1981 and dad’s retirement was pretty lonely, though he remained amazingly cheerful and forward looking.  He never stopped making things (usually some electronics project or other) until glaucoma killed his eyesight.  Then with the realism and practicality he always showed he decided to sell our house and moved into a home while he was still capable of organising things.  Only in the last few weeks when he suffered blood-poisoning and became hallucinatory did he lose the ability to think clearly.  His final days in hospital were typical – finding his bedside chair too uncomfortable he analysed the problem and proposed the solution. His last words to me were “I must do something about that”.  The philosophy of his whole life.  At every reverse or disaster he thought of the way ahead.

Perhaps only music can express my feelings about the man.  He was the kindest and most encouraging of fathers and I always felt I was composing specially for him.  After his death it was harder and harder to have any enthusiasm for writing. But now, over twenty years later I finally feel up to it. The result is this third orchestral elegy – a single movement like the previous two. Written for a small orchestra with single wind, few strings and very little percussion.  In this Elegy the Harp is prominent.

I have built the piece around the places where he lived. Each place name providing a key.  Ambleside – A major/minor. Fleetwood F major/ minor. Bury B-flat and Cheadle Hulme C major and B minor. Finally Stockport in E-flat. Father’s tastes were essentially simple, direct and conservative so I have tried to keep my language tonal and direct as well. It is also rather pictorial and includes references to several of Father’s favourite composers – notably the fateful rhythm of Siegfried’s Funeral March which comes in every section, and pieces like Chopin’s F minor Fantasy and Debussy’s First Arabesque both of which he used to play to me when I was a child. Finally, I have based most of the material on a song I wrote recently; a setting of “Fear No More The Heat O’ the Sun”.

First Ambleside – misty dawn, wisps of fog over Loughrigg, distant horns on the fell. Father was an athletic and sporting young man and here I imagine him hastening to school with a simple tune that acquires some “learned” counterpoints. Then the blow of fate and disorder.

Fleetwood – Seaside,,the remembered sound of the Isle of Man boats and their fog horns. There is no Midland Bank now so the notes HSBC are used. The rhythm of Marie Postlethwaite leads quickly to Wedding Bells.

Bury – Back amongst moorland hillsides but in Industrial Lancashire. So the “wisps of fog” are now smog and haze.  At the climax of this section the Funeral March rhythm shatters distant recollections of the “Schoolhouse” tune of the first section.

We then move to Cheshire via the “Souling” song and in Cheadle Hulme Father patiently re-invents himself with a fugal treatment of the Schoolhouse tune and my sister pEGGy appears.

The final Stockport section extends my Shakespeare Setting and for the third time the “wisps” of fog reappear – this time to represent the mental fogs of Blood Poisoning.  The end is serene – as father was nearly all his life.