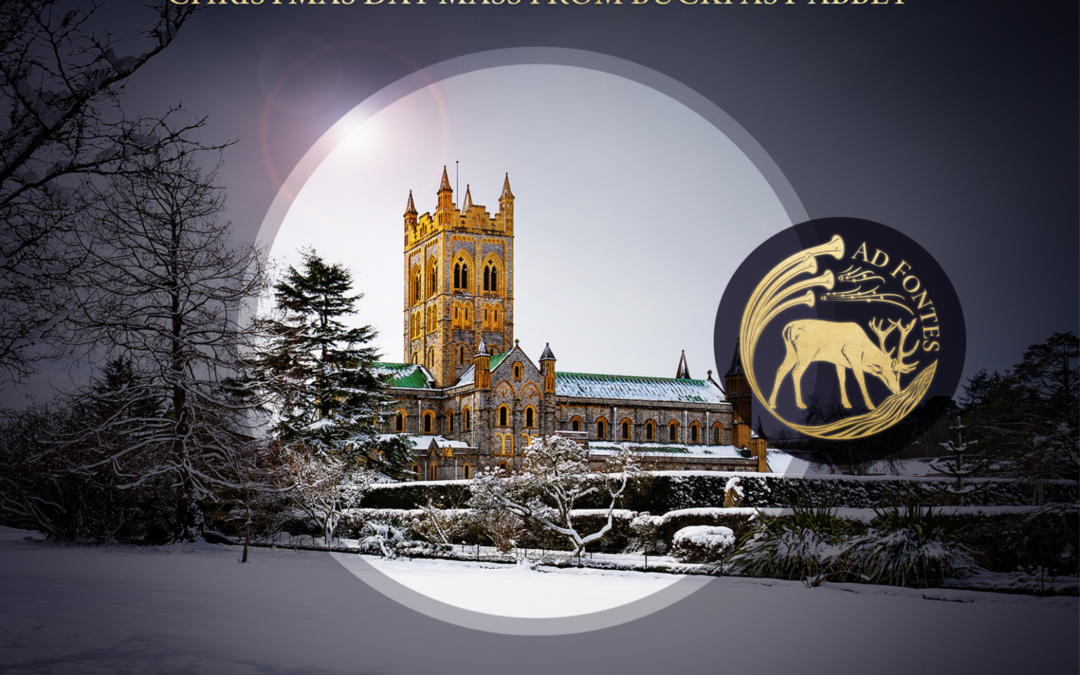 If you may have had quite enough of Christmas Carol anthologies on CD, but like at least some seasonal music then this superb issue may be the solution.

In his notes director Philip Arkwright observes that ‘selecting repertoire for a recording is surely one of the most creative and enjoyable tasks for a choir director’.  And here he seeks ‘to avoid a sequence of unrelenting ‘joyful’ music, mainly in D major….’

‘In a liturgy the structure is pre-framed….this recording is therefore an authentic presentation of choral and organ music that one might encounter during Solemn Mass on Christmas Day…(with) a liturgical choir (singing) within the context of a Roman Catholic Benedictine monastery.  This is revealed primarily in the inclusion of the Gregorian chants proper to the Mass of the day’.

The timeless-sounding chants are presented in varied unison supported by discreet organ accompaniment. Between these five familiar Christmas hymns and carols are interspersed.

Most interestingly, the processional hymn is the very familiar Adeste Fideles (‘O come all ye faithful’) but here presented with a difference.  A Buckfast monk, Dom John Stephan, wrote a paper entitled ‘Adeste Fideles – a study in origin and development’ in which he describes finding a version of the tune earlier than the one established by J F Wade which is the one in most if not all hymn books. With a rumbustious introductory play-over the familiar tune appears in a new guise and setting, with only the (inevitable) Willcocks last verse in evidence.

The other carols and hymns are Unto us a boy is born, Myn Lyking, In the bleak midwinter, and Of the Father’s love begotten, in the expected arrangements. There are festive motets including Victoria’s O magnum mysterium.  For the Ordinary of the Mass (Kyrie, Gloria, Sanctus, Benedictus and Agnus Dei) we have a simple setting, full of pastoral charm, entitled Mass ad Praesepe (Mass at the Crib) by George Malcolm, the well-known harpsichordist, who was also Master of Music at Westminster Cathedral (for whom it was written).

I cannot stress too strongly that the quality of the singing, playing and directing, to say nothing of the wonderfully atmospheric recording, are exceptionally good.  Listening, enthralled, is a truly immersive experience – close your eyes and you feel you are right there.

The considerable investment in the fine new Ruffatti organ and an SATB choir formed as recently as 2009 has clearly paid off spectacularly.

And, by the way, the presentation – a 60-page CD size booklet with the disc in the back flap – is also extremely lavish.