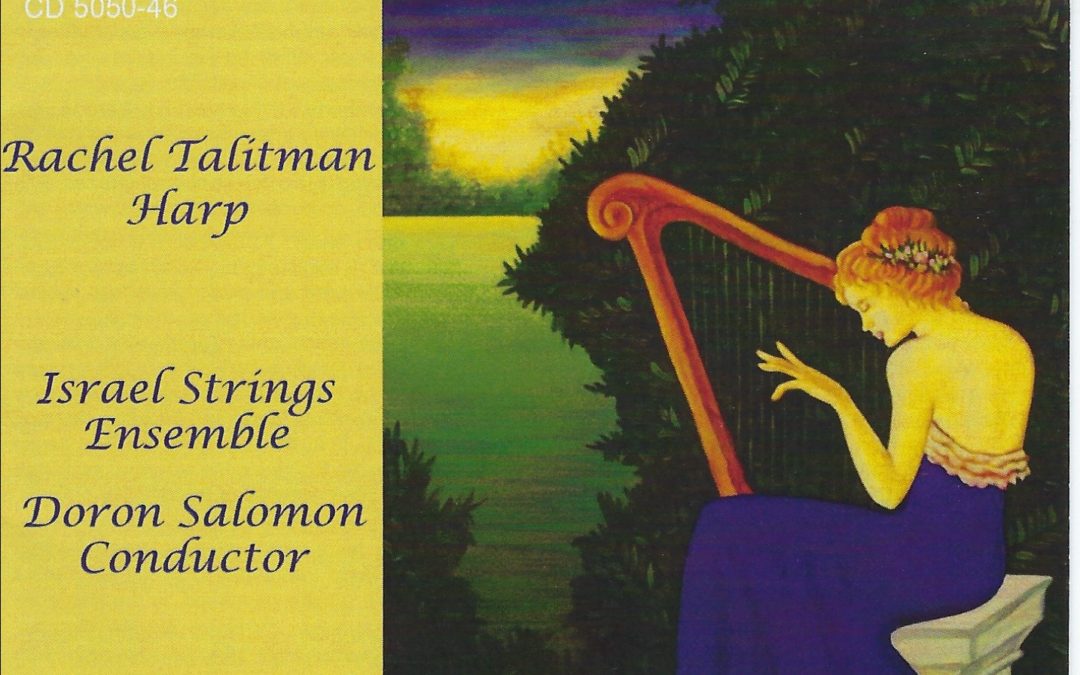 Writing for the harp is quite an acquired skill, as I have learned from experience, but composers can, with guidance and study, get ‘the knack’ and then all is well.

Paul Lewis has been a prolific writer for the instrument, and he has gained more than a ‘knack’ – he writes not only idiomatically but also very imaginatively, and he understands how to balance the instrument with an ensemble, as two of the following three works amply demonstrate.

The Concerto Romantico was written for Rachel Talitman, and is a luscious and very romantic work in four movements, with titles like Bitter-Sweet Blues and Cantilena. And if you think that it sounds like some one who writes film or television music then you are quite right, as not only has Lewis devoted much of his life doing just that, but also some of the ideas were the outcome of a film scenario of two lovers who, after several years, joyously meet up once more. The film never materialised but this concerto was eventually realised from its material. The Israel Strings under Salomon also make ideal advocates for Lewis’s dreamy soundworld.

Another work written especially for Rachel Talitman is Songs of Israel for harp and string quartet, which has three sections each based on a Jewish melody, beginning with a Fantasia on Shalom, Cheverim. This well-known tune, also used as a hymn in the UK, is a song of farewell in Israel, and Lewis subjects it to a variety of interesting treatments. The second movement uses the even more famous Hava Baglia which becomes a Rumba without however losing its Jewish character.

Finally, we hear Mevo Hama, which, as a Nocturne, acts a suitable contrast. Both Lewis and Talitman have Russian-Jewish ancestry and this movement is an elegy to the composer’s aunt who is buried on the Golan Heights. Some of the string writing is fascinating – both evocative and chilling.

Memories of Amboise for solo harp concerns the lovely ancient town in the Loire Valley, very dear to Paul Lewis. The two movements are Au Cheval Blanc which concerns a favourite very hospitable hotel and restaurant run by a Spanish family, and La Pâtisserie Bigot which is “my favourite salon de thé” (composer’s insert notes). The music is very gentle but lacks any distinctive French character.

This is some of the most relaxing and easy-going music I have encountered for some time, and if it has a strong appeal to you then why not snap it up immediately?