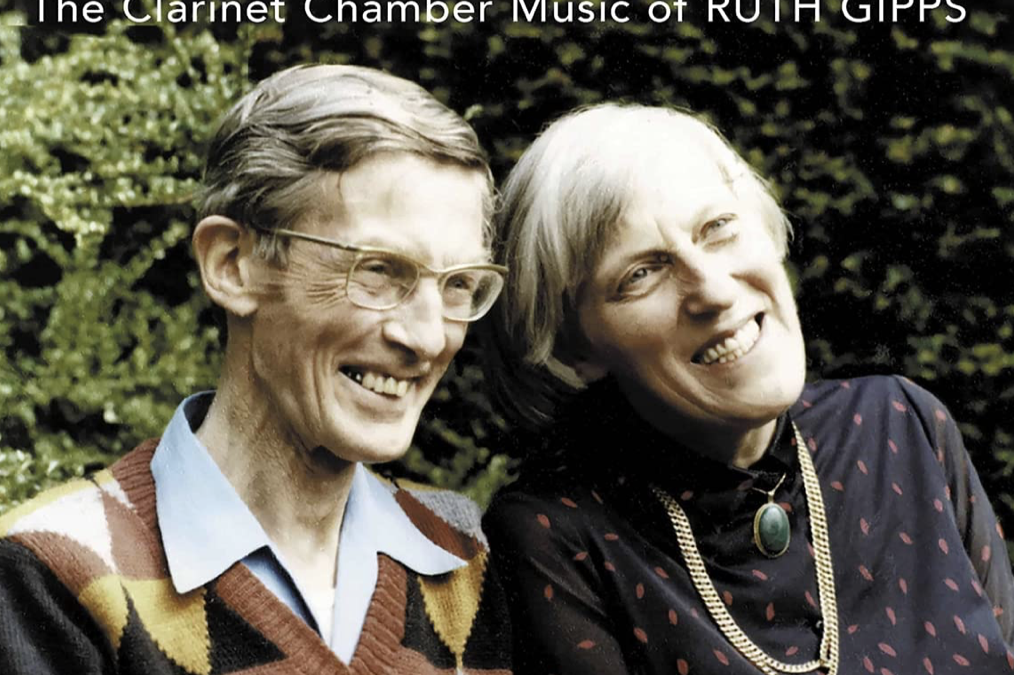 Interest in the music of Ruth Gipps is clearly increasing.  I suggest the reason for this is that there is an appetite for the less well-known which, while contemporary, still has identifiable tunes, harmony and rhythm.

In this issue the interest focuses on the instrument of her husband, the clarinettist Robert Baker, in various chamber music configurations.  Two items out of the five selected particularly stand out as far as I am concerned.

The Rhapsody in E flat op 23 for clarinet and string quartet is a lovely piece of work. Here, a characteristic aspect of Gipps’ work is very evident – a mood which I can best describe, oxymoronically, as ‘wistful melancholy’ with material beautifully worked over a span of just over eleven minutes.

The Sonata for clarinet and piano op 45 is roughly contemporary with Ireland’s Fantasy Sonata, and while the latter has slightly stronger invention, the work, as a whole, easily justifies the comparison. In 1956 it won the Cobbett Prize of the Society of Women Musicians.

The slow movement (written in a single session) is particularly notable, while the finale has a sparkling section in 12/8 reminiscent of a similar passage in the second symphony.

The short Prelude for Bass Clarinet op 51 came about in response to Robert’s acquisition of such an instrument.  It is thought to be the only example composed specifically for it, and while a little austere, it does not outstay its six-minute span, possibly because of its seductive tonal characteristics.

The Quintet for Oboe, Clarinet, Violin, Viola and Cello op 16 was a completion exercise for her Durham University B.Mus.  I am sure the examiners approved.  I suspect this was quite a difficult exercise with, effectively, three melody instruments. I have to admit it did not wholly grasp my attention for its 26-minute duration.

The other piece offered here is The Kelpie of Corrivreckan op 5, a sort of brief tone poem for clarinet and piano, which, although the earliest item here, is also the most dissonant. The Celtic kelpie is usually described as a sort of waterhorse, said to be capable of transmogrifying into human form, exiting the water, seizing unsuspecting maidens and drowning them.

There is a fine 1913 painting by Herbert James Draper attached to the Wikipedia article on the legend. The pedant in me has to correct the assertion in the booklet which defines the Corrivreckan Whirlpool as ‘the strait between Jura and Scarba’.  The whirlpool occurs in this sea passage under certain coincidences of wind and tide. (Famously, George Orwell almost lost his life when caught in it.)

Performances and the recording are beyond criticism.