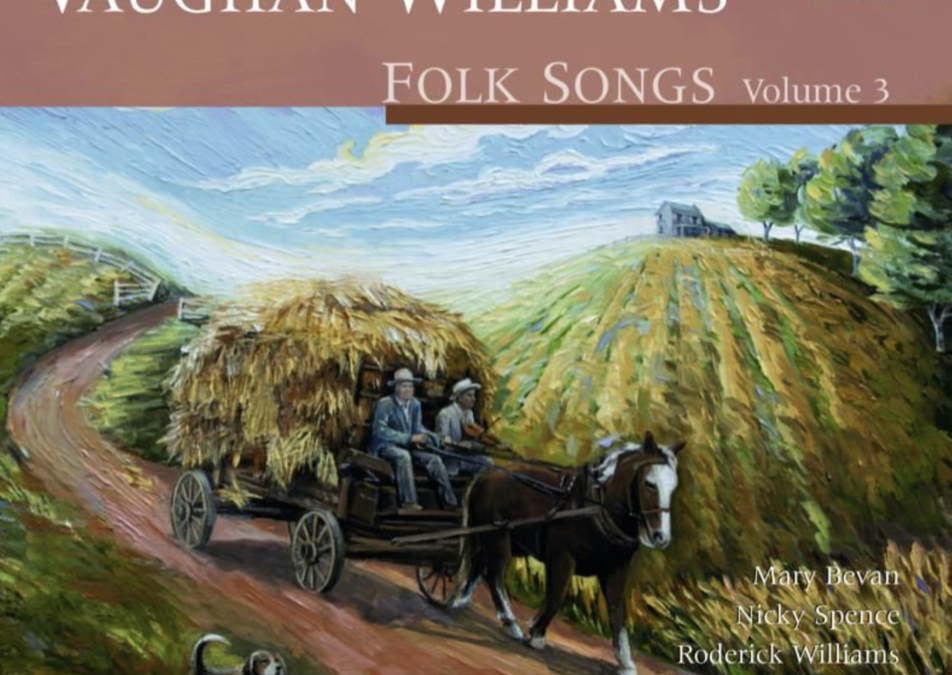 This is the third in a series of four CDs supported by The Ralph Vaughan Williams Society. It includes 15 Folk Songs from the Eastern Counties (1908), three from The Penguin Book of English Folk Songs (1959) and two from The Motherland Songbook, Vol. 3 (1919).

All three singers have voices ideally suited to English song. Just as there are German singers like Fischer-Dieskau whose voices virtually define German lieder, there is definitely a particular English song voice. All three on this CD are superb, but baritone Roderick Williams is exceptional.

The songs cover a broad range of subjects: young love, highway robbery, piracy and more. The Lost Lady Found has a great story line. It starts with the kidnapping of a girl by gypsies, the wrong conviction of her uncle for her murder and finally her last second rescue of her uncle from the gallows.

There are some purists who believe that folk songs should be sung without accompaniment, but Vaughan Williams has brought extra rhythmic and melodic clarity to the tunes, while his piano arrangements, played to perfection by William Vann, never overcloud the original tunes.

They receive the ideal rhythmic and melodic support that transform the original, perhaps very rough, performances collected by Vaughan Williams to something that suits the concert platform, and keeps the songs scintillating and alive. This is something that lies at the core of any country’s musical identity. The final two sea songs sung by Williams also features a small but perfectly balanced six voice backing chorus.

The twelve country dances for solo piano are both enchanting and fascinating. Two at least, Corn Rigs and Soldier’s Joy are close to versions well-known to dancing fraternities in Scotland.

In collecting and collating both the songs and the dances, Vaughan Williams has made a serious contribution to the very heart of English music. Listen to this music both to learn and to enjoy.