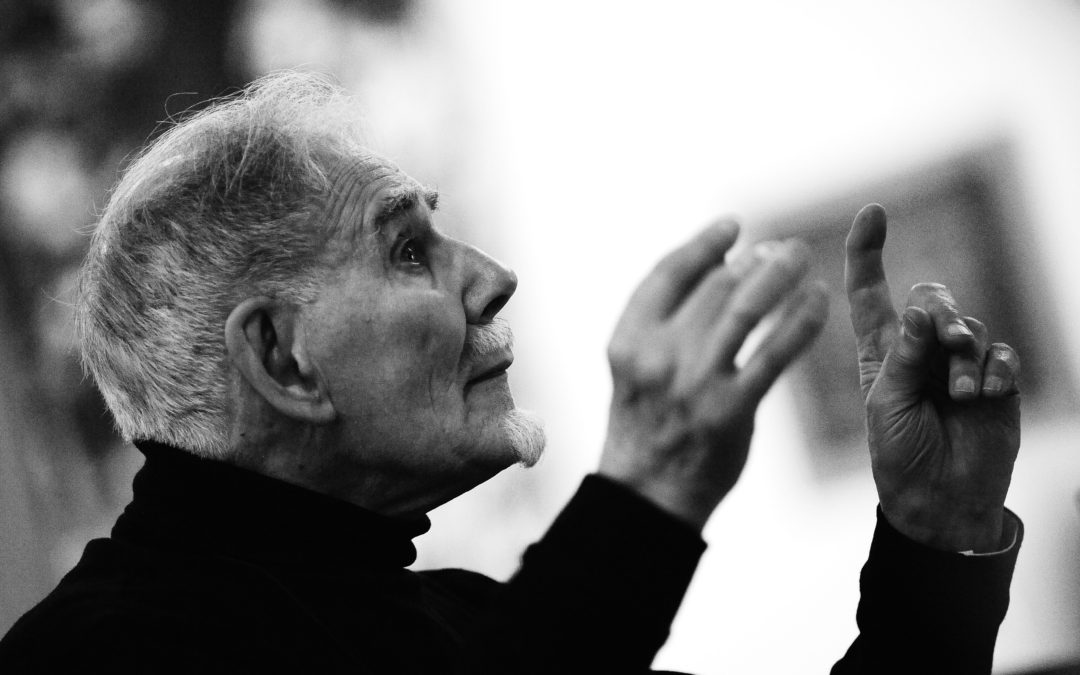 The choral conductor, composer, BBC producer, and energetic friend of countless British composers, died on 10th August at the age of 102. Those of us who knew him well thought of him as well nigh immortal, as indeed his musical legacy should certainly be. He must surely be the most distinguished and highly regarded choral conductor of the second half of the twentieth century.

Stephen was born on 29th April 1919 in Eversden, Cambridgeshire, where his father was the Rector, and he became a chorister at Christ Church Oxford under W. H. Harris. In 1937 he won an organ Scholarship to Queens College Cambridge (establishing a tradition followed by many distinguished successors including Peter Dickinson Anthony le Fleming Richard Hickox and Ian Thompson).

His tutors at Cambridge included Paddy Hadley, Dent, Cyril Rootham, Boris Ord and Philip Radcliffe. But the Second World War intervened, and he joined the Navy, serving initially on Atlantic convoys and later as the mine disposal officer in the Faroe Islands. He was invalided out of the Navy in 1944 following an accident, but he always retained a fondness for that archipelago, and towards the end of his life he wrote a set of songs to Faroese texts. He was mentioned in despatches for his courage and devotion to duty.

On his return to Cambridge he completed his degree In August 1944, and in 1947 he became director of the Hertfordshire Rural Music School in Hitchin, conducting the Hertford Choir. A Festival of Britain commission for them was Antony Hopkins’ Cutty Sark, the manuscript of which he recently, touchingly, returned to the composer’s widow Beatrix.

The greater part of his career was with the BBC, in Leeds from 1953 to 1961, and then in Manchester until 1979, where his colleagues included David Ellis (whose choral compositions he championed – a celebratory CD just published on the Prima Facie label includes, as well as music by Stephen himself, David Ellis’s Sequentia in tempore Natali Sancti), Peter Marchbank and Roger Turner.

He conducted the BBC Northern Singers, later renamed the Britten Singers following their independence from the BBC (though their broadcasts continued) from 1954 to 1993, and they became one of the most distinguished mixed voice choirs of their generation, noted for their spotless intonation, precision of attack, and mesmerising communication.

But he drew the line at much non tonal music, and told me he would only perform music he liked. A particular and surprising soft spot was the resurrection of English partsongs of the Victorian era. In a memorable and imaginative Prom he followed A Garland for the Queen with A Garland for Queen Victoria! And as always the words were his clue as to how to make the music sparkle.

Following retirement from the Britten Singers he was instrumental in pursuing two more projects close to his heart, both benefitting young musicians and amateurs, the William Byrd Singers of Manchester and the string ensemble of youngsters called Capriccio.

Then following retirement from conducting, composition came to the fore. On a personal note, I was delighted to receive a delicious cycle for voice and recorder, Child’s Play, which I premiered with Alison Wells in 1998 at the Northern Aldbrough Festival (it was by no means child’s play to perform!) And I was privileged to be able to computer set for him two volumes of solo songs, published by Forsyths in Manchester, The Sunlight on the Garden (2005) and Eternal Summer (2014).

Many of these evocative settings were performed by Stephen’s mezzosoprano daughter Clare, with her distinguished co-singers Mhairi Lawson, and Charles Daniels, at a 100th birthday celebration that I organised for him in St. Paul’s Church Stockport on 18th May 2019. Choral songs were performed by the Kantos Chamber Choir under Ellie Slorach, and the pianists were Anna Markland and Ian Buckle.

Not content with being just a conductor and composer, Stephen in his last years added another string to his bow by acting as narrator in concerts energised by his daughter Clare with her early music ensemble Courtiers of Grace.

My own connection with Stephen came about through his wife of some 46 years, Delyth Jones, who was the soprano in the Legrand Ensemble which I had set up in the sixties with the late Manchester University organist and lecturer Keith Elcombe. Stephen and Delyth had two daughters, both musical, Clare, whose name is familiar to most music lovers, and Stella, who plays the viola and lives in Switzerland.

By his first marriage to Anna Dam, who was Faroese and died in 1975, Stephen had four children. Bernard, a flautist, after living in Iceland for many years, where he was first flute and assistant conductor with the Iceland Symphony Orchestra and who, with the Icelandic Wind Quintet accompanied the country’s President on overseas tours, now organises musical activities on the Faeroe Islands (a Wilkinson full circle!). David is a piano teacher and music technology expert living in Cambridge. Christina is an office manager resident in Florida and Andrew is a freelance photographer specialising in portraits of musicians.