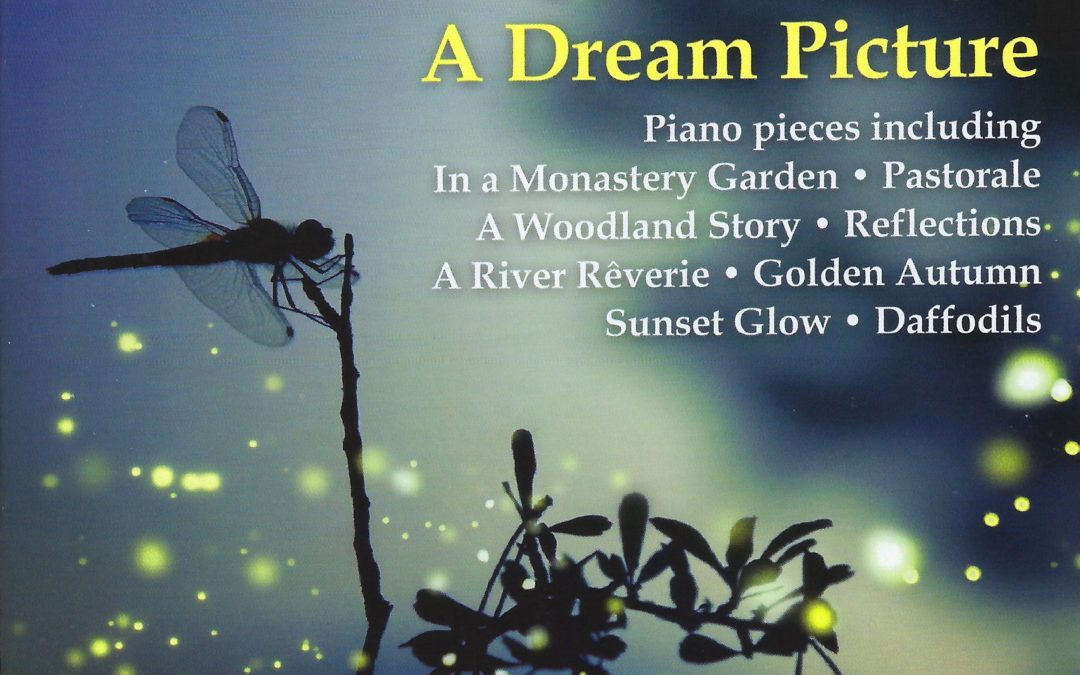 For many people, in England and beyond, the years spanning the life of composer Albert Ketèlbey (1875-1959) were less than happy, what with two World Wars and in the thirties, the Great Depression. But was it all bad?

Ketèlbey’s piano music evokes a totally different world, one of childhoods where it was always summer, and the sun never stopped shining. Consider the titles of some of the pieces on this CD – A Song of Summer, Golden Autumn, or Sunset Glow.

The final work on the CD is Ketèlbey’s best known piece, In a Monastery Garden. It is of course the definitive ‘picture’ piece. Nearly all the others respond to their titles though not in such a graphic way.

In the centre of the selection, are eight short pieces under the main title, A Woodland Story. They represent a day (picnic?) spent in the woods with titles like The Voices of the Trees, Oh! Look at the Rabbits, and Let’s Play at Indians.

In his programme note, which includes a potted biography of the composer, Tom McCanna informs us that some of these pieces were derived from music that Ketèlbey published as music to accompany silent films. However, they do respond well to their new titles, beginning with a sparkling gavotte-like piece, This is Where the Fairies Dance, and concluding with a joyous happy romp of a piece, Let’s Hurry Home, it’s Getting Dark.

Many of the pieces have attractive melodies, not necessarily lasting long in the memory but with a sing-along feeling to them. The opening piece in the recital, In the Woodlands, is a waltz with a busy sparkling melody, then A River Rêverie is initially gently winding with a sonorous melody and later on, Daffodils does indeed suggest the nodding heads of the bright yellow flowers.

Some of the pieces were originally published to appeal to reasonably gifted amateur pianists, others are more demanding, but all are brilliantly performed by the Australian pianist Rosemary Tuck. Even ‘easier’ pieces achieve something special when performed by a professional. If you are feeling downcast, Ketèlbey’s very English early twentieth century piano music at its best is sure to bring a ray of sunshine into your life.