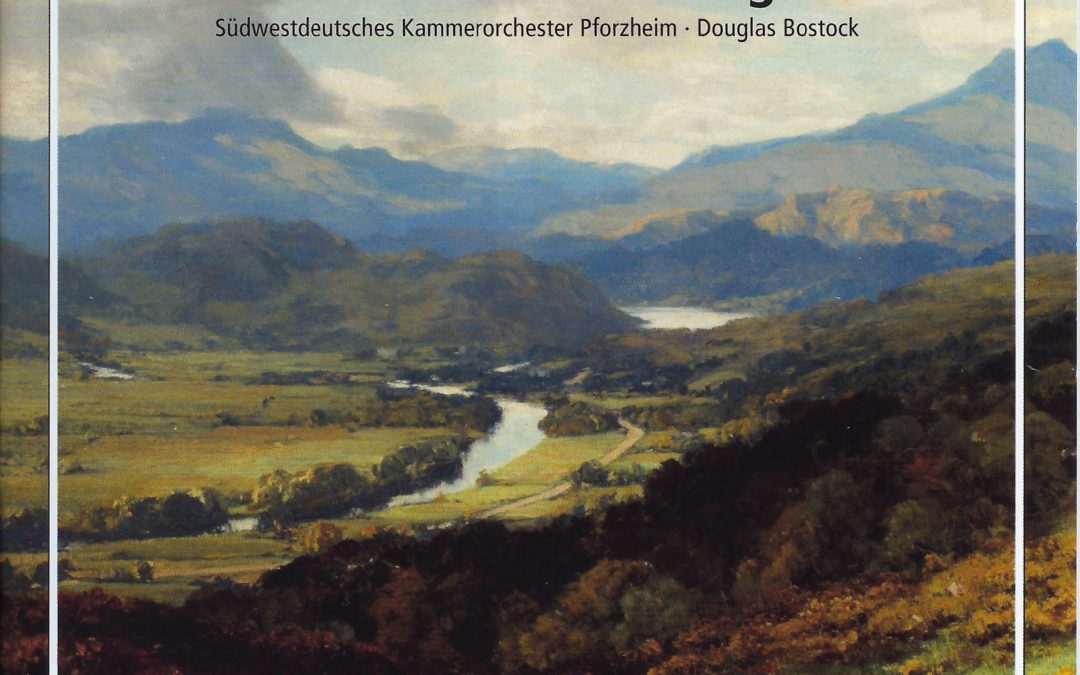 The short-lived Christopher Wilson was a very active (mostly theatre) composer of the early 20th century.

A (carefully chosen?) photo suggests an uncanny physical similarity to Bantock, the older composer. Lewis Foreman’s erudite notes mention both Parry and Grieg as mock-baroque points of reference, and with titles such as Rigaudon and Bourée in imagining his six-movement Suite from 1901, you will not go far wrong if you think of a slightly less memorable Holberg Suite.

During Bantock’s In the Far West for strings I was startled to hear at first, apparently, Swanee River, then Yankee Doodle!  The ‘West’ turns out to be the USA rather than the expected Western Isles, and these quotations sit rather oddly in a work which otherwise has no obvious American flavour. But at 32 minutes it is a substantial work, almost (to quote the conductor) a symphony for strings, though that suggests a depth to which it does not quite aspire.

By contrast the Highland Scenes use Scottish tunes to paint a series of picture postcards, to be enjoyed simply and immediately. However, I am afraid that, especially in the Bantock, Bostock too often simply beats through moments that cry out for more drama and imagination.

One example – Bantock cites the ‘frenzy’ of the Highland Reel, its driving rhythms and its growing excitement – but this Reel jogs along at an unfrenzied trot that will leave no-one reeling! These are tidy stolid readings of music that needs rather more.

Deep in the internet archive may be found a frustratingly brief clip of Norman Del Mar conducting the Hebridean Symphony at absolute white heat – the kind of flair this highly theatrical music requires. Of course, we must be grateful to hear the music at all, and the disc certainly gives a reasonable idea of these scores.

If not quite on the level of the Celtic Symphony the Bantock pieces are solid and enjoyable, and all credit to those involved in their rediscovery. However, if CPO are to record any more Bantock (and here’s hoping) they might invest in a bottle or two of Talisker single malt – it could just give everyone involved a touch of the Celtic abandon that’s missing here!