RONALD STEVENSON: As My Harp Sang Out of Darkness 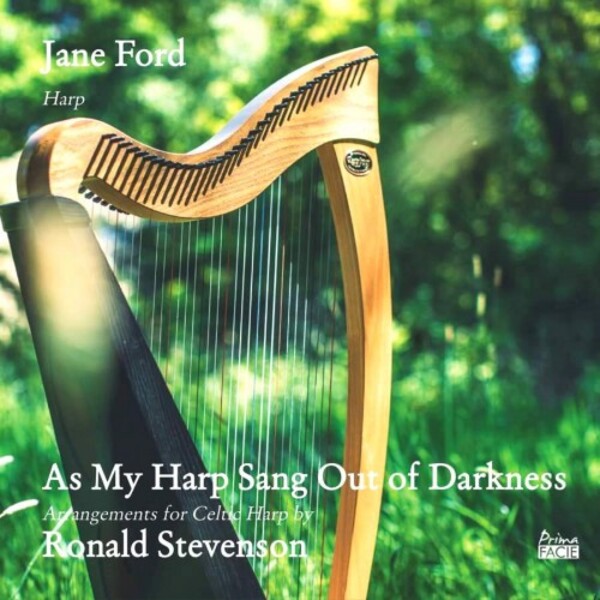 This CD is specifically issued as a ‘balm for this troubled (Covid) era’ – or, the notes say – to send ‘a message of hope and comfort, and to be a light in the darkness during a difficult time’.

Ronald Stevenson (1928-2015) was a highly interesting, if not unique, figure in British music. His range was extraordinary. The famous Passacaglia on DSCH is thought, at 75 minutes, to be the longest unbroken movement in the piano repertoire.  Yet some of the items on this disc last barely a minute, and are just perfectly formed.

With his Scottish father and Welsh mother, he was, as his dedicated Society puts it, ‘keenly aware of his Celtic heritage’. This disc presents 23 tracks of arrangements of traditional material. The movements are full of interesting ideas and textures, but never too extreme in their musical language.  The idiom is highly appropriate for the source material (and this cannot be said about many arrangements of traditional Celtic tunes).

This particular collection is published by UMP, and – this might help members who can play the piano if not the clarsach – the edition is specifically available for either instrument. The score notes where there are minor differences relating to particular technical demands. While I cannot comment on the technical approachability of the harp version (!) the piano writing is quite straightforward (say, grades 4-6).

The rest of the programme on this disc is What the Fairy Harper, Told Me (from 3 Scots Fairy Tales) and Rory Morrison’s Harp Book which contains a further 8 movements.

Jane Ford is a well- regarded pianist as well as a clarsach player, and here one can assert that she is certainly a fine exponent of the latter. Her playing is sensitive and thoughtful, and it fully justifies and meets the stated ambition mentioned at the beginning.

My abiding memory is that of the final movement in Sounding Strings, the Christ Child’s Lullaby, here played with exquisite rhythmic poise and tonal refinement.