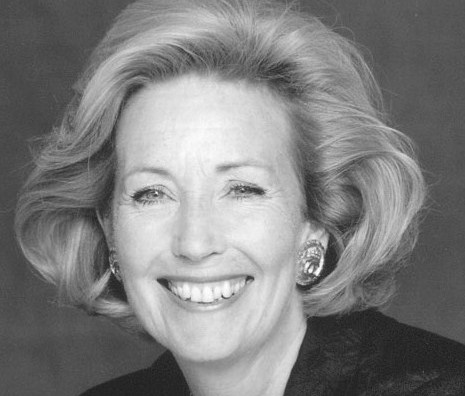 RICHARD STOKER
(8 November 1938 – 24 March 2021)
After encouragement from Arthur Benjamin and Benjamin Britten, Stoker went on to study under Lennox Berkeley at the RAM, where he eventually became a Professor of Composition for 26 years.

Although his main instrument was the piano, he was also a guitarist and a prolific composer. He wrote operas, a piano concerto, three string quartets, three piano trios, song cycles, orchestral works and a huge amount of choral music. He was certainly prolific.

In later life he was also an actor, appearing in many film and television productions. He also found time to write novels, poetry and plays – truly a Renaissance man of his own time.

She will be remembered especially for her patronage of the World Orchestra for Peace which she and her husband founded, and for her extensive charity work with many musical organisations.

After her husband’s death, Lady Solti (pictured above) and her two daughters, Gabrielle and Claudia, continued the work of the Solti Foundation which gives practical assistance to young musicians at the beginning of their careers.

JANE MANNING OBE
(20 September 1938 – 31 March 2021)
Jane Manning was one of the most influential singers of our time. She specialised in contemporary music, but was equally at home in music from all periods.

In 1968 she formed Jane’s Minstrels with her husband, Anthony Payne, and the group performed not only music by Purcell, Elgar, Bridge and Grainger, but also Webern and Schoenberg – “Pierrot Lunaire” was a regular favourite of hers.

Many composers regarded it as a privilege to write for her and these included James MacMillan, Oliver Knussen, Harrison Birtwistle, Colin Matthews, Judith Weir and Richard Rodney Bennett. She will be much missed on the British Music scene.