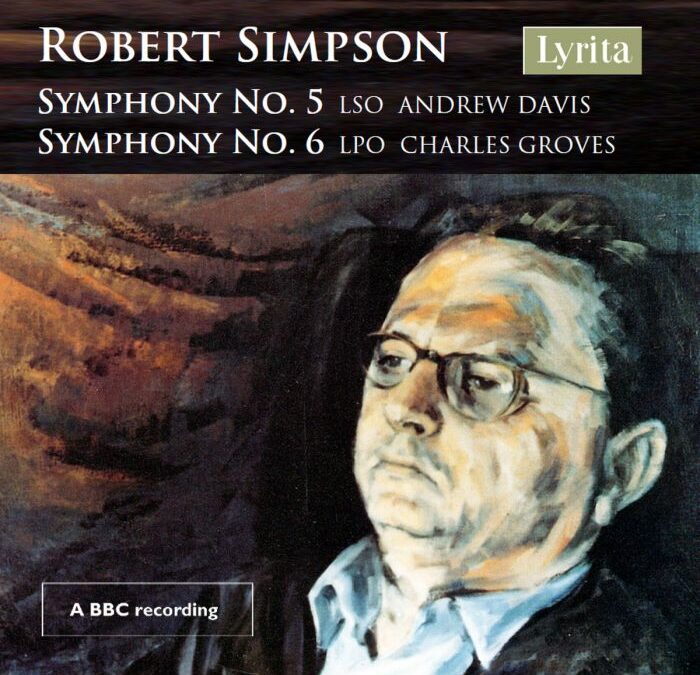 The young Andrew Davis was entrusted with Robert Simpson’s new 5th symphony in 1972 – and delivered one of the great premières.

The staggering virtuosity of the LSO and the completely conceived grasp of the performance are breath-taking. It’s not simply a matter of playing loud and fast; the quietly pulsing slow passages (which can sometimes seem to meander) have a hushed tension that is both riveting and symphonically compelling.

By the volcanic end I felt as if I had tottered off an exhilarating roller-coaster of a work, seemingly imagined and written at white heat.

There are some issues; a slight broadcast hiss, a lack of weight to the orchestral sound, and a constricted dynamic range – but none of these is a serious problem. (Unlike the bronchial idiot who coughs loudly throughout.) Nevertheless, this is a classic performance, on a par with, say, Mravinsky’s Leningrad Pathetique.

I was at this RFH première of the 6th symphony, which closed a long wearying evening of Dvorak and Rachmaninov. The sound is warmer, though still rather thin, with fewer TB patients in the audience. But while (unlike Eric Morecambe) the musicians play all the right notes in the right order, they are clearly not truly inside the music.

The creation, maintenance and painstakingly controlled release of tension – the core of Simpson’s method – is missing here. The climax of the first movement – all pounding timpani and striving strings – goes for little; the tapestry of searching winds that open the second sounds like noodling.

Things pick up with the tempi but still lack conviction, and the final climax feels unachieved. While this recording has archival value, the superior performance of the revised score makes Handley’s Hyperion recording preferable. But this disc more than earns its place for the first work alone.

It’s unlikely that Simpson will ever become a popular composer, and it may be that he has yet to find a true champion. (I wonder if Christian Lindberg knows this music.) Good though the Handley recordings are it is noticeable that the few alternatives (Boult, Horenstein, Davis) have a “something” extra that really lifts the music. In the meantime, there has been at least one performance that truly did his work justice – and we are lucky to have this recording of it.