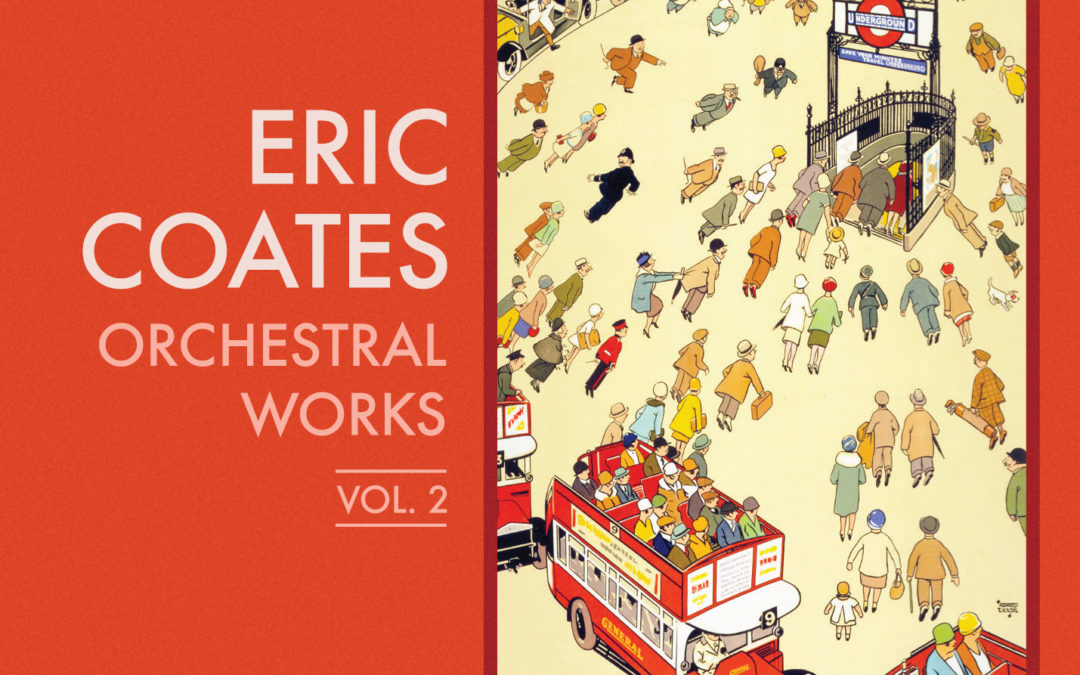 Having also triumphed with English String Music (see review) Mr Wilson demonstrates his versatility in this equally fine account of a further selection of Coates’ music.

This music was undoubtedly given more exposure in first half of last century, and it is good that it is still taken seriously by at least some modern conductors.  It lies of course in a tradition of peculiarly English light music in a line from Sullivan through Edward German and Lionel Monckton.  The craftsmanship is impeccable, harmony, counterpoint, orchestration, form, are all up there with the best.  And some of Coates’ tunes are haunting and memorable.

Listening with great pleasure to the latest offering from the above forces, it becomes clear (to me, at least) that Coates best music lies in short movements, especially those in the succession of suites –  for example , Summer Days (as here), London, London Again and The Three Men, and the Marches London Bridge and Calling all workers (as here), to say nothing of The Dambusters (reputedly tossed off at the last moment) and High Flight.

As has been noted elsewhere, it just so happens most of these would fit on one side of a 12” 78.  This format seems to concentrate Coates’ thoughts and energy.  In the longer pieces – here The Selfish Giant, and The Enchanted Garden, I find that the invention does not hold the attention strongly enough for the span involved.

On this disc the marches are perhaps the most striking – London Bridge is delivered with great brio.

Calling all workers was used (er, c.16,000 times) as the signature tune for the BBC radio programme ‘Music while you work’.  Given that the radio was on a lot in my young life I must have heard it at a least a proportion of the figure, but, of course, on a basic radio set of that era which turns out to have formed a misleading impression as to its blandness.

Here, in dazzling Chandos sound, and with John Wilson’s extraordinary energy and drive, it emerges as the equal of all those other much-loved marches.

Three shorter pieces make up the rest of the programme offered here – Wood Nymphs, For Your Delight and Lazy Night, all of which help build a rounded picture of this composer and his achievements.

Coates’ work list is extremely impressive – check it out! There is a long way to go yet.