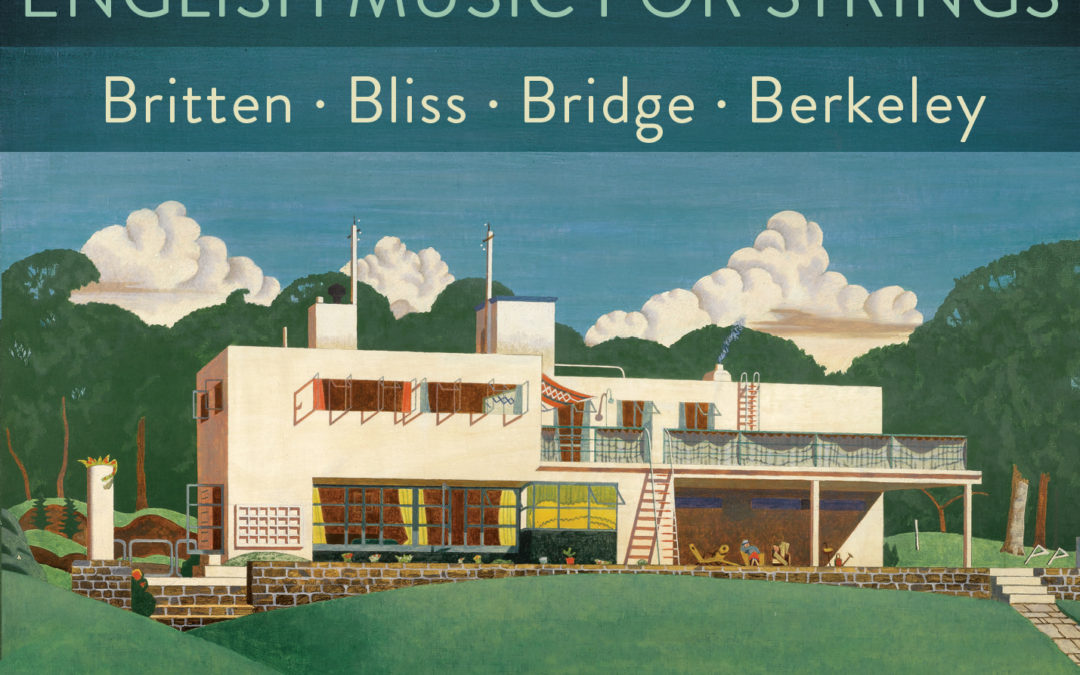 This disc represents the latest triumph from Mr Wilson and the Sinfonia of London.  Four important ‘B’s of English music are included with three of the works dating from the late ‘30’s.

The playing and the recording are both simply exceptionally good.  There is a thrilling immediacy to the sound and the players perform their roles with enormous commitment and enthusiasm.

Britten’s Variations on a Theme of Frank Bridge is first up.  Again, this is a work which attracts superlatives. The young composer’s technical imagination was immediately recognised as unique.

It was written at the request of Boyd Neel for the Salzburg Festival of 1937 and Neel was to remark that ‘the resources of the string orchestra were exploited with a daring and invention never known before’. Nonetheless, while I find it a work to greatly admire, also, for me, it does seem a little lacking in emotional warmth.

This last quality though is certainly much in evidence in the other main work included here – Bliss’s Music for Strings of 1935.  This work is more in the tradition of VW’s Tallis Fantasia and Elgar’s Introduction and Allegro, with its sweeping, full-blooded invention and drive.

Interestingly, Bliss commented that ‘I was weary of only writing music that illustrated other people’s ideas, and as an antidote I started to compose a substantial piece of ‘pure’ music.  With great success, one may add, its qualities are spectacularly recreated in this performance.

Lennox Berkeley’s Serenade for Strings acts as a contrast to the above blockbusters.  Cool and poised it is none the less very attractive.  As the liner notes remark, it does exhibit an oddity though, an understandable one in the circumstances.

One might expect a ‘Serenade’ to conclude with a frothy 6/8, but Berkeley wrote his finale just after the start of the war in 1939, and as Peter Dickinson, in his study of the composer, remarks ‘the music seems to reflect the composer’s anxious mood as the world faced an uncertain future’.

And in this vein there is Frank Bridge’s Lament of 1915, the final inclusion here, the composer’s string transcription of a piano piece composed as a memorial to a family lost when the Lusitania was sunk earlier that year.