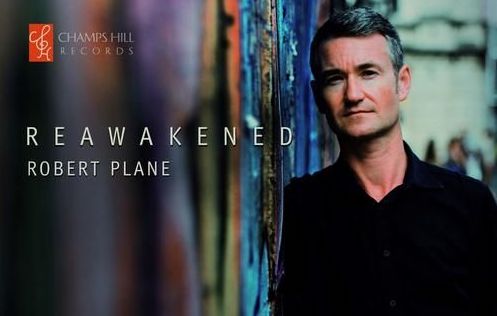 The aim of this disc, ‘Reawakened’, is an attempt, in three cases. to restore to public favour forgotten clarinet concertos and, in addition, to widen the appeal and scope of the fourth work.

The first thing to say is that the performances are truly excellent and very well recorded.  Mr Plane has magisterial control of his instrument, and Mr Brabbins does exceptionally good work in this repertoire.

For me, the most welcome introduction is the op.9 concerto in G minor by Ruth Gipps, a composer whose efforts seem at last to be deservedly gaining favour.  It was composed in 1940 and the music is very assured for a nineteen year-old.  This year was significant for her in two ways – she had just come under the tutelage of RVW (who she claimed was ‘the only altogether good person she ever met’).  At the same time she became engaged to the clarinettist Robert Baker.  There is a charming reflection of this happy event in the slow movement which begins and ends with an unaccompanied duet for oboe (Gipps own instrument) and clarinet.

The music is very attractive and while mostly in good spirits also has those characteristic winning passages of a gentle reflective melancholy.

I wish I were equally impressed by the other two concertos here – those by Iain Hamilton and Richard Walthew. The notes to the Hamilton work of 1950 refer to the influence of Bartok, Stravinski, Britten, and, allegedly, Walton, references that may have some substance, but the music is pretty noisy and dissonant, with the clarinet often jumping about like a cat on hot bricks.  This idiom is clearly quite advanced for a British (? Scottish) composer in 1950.

The Walthew work is a true oddity.  He was an exact contemporary and, indeed close friend of RVW, though you would not become aware of this in his music.  He left this 1902 work mostly completed but it has had to be orchestrated by Alfie Pugh.  The idiom though is about 70 years out of date and sounds a bit like a third concerto by Weber with a few nods towards Mendelssohn.

We are in much stronger territory with Ireland’s Clarinet Sonata of 1943 with Graham Parlett’s excellent arrangement for strings of the accompaniment.  From the very first five notes we are aware that we are in the presence of a significant musical voice.  At first, I rather missed to harmonic bite of the original piano part – the dissonances are softened by string sound, but in the end, I began to very much enjoy the pastoral character of this new version. It could almost have been by Finzi.

I wonder whether the old boy would have approved.