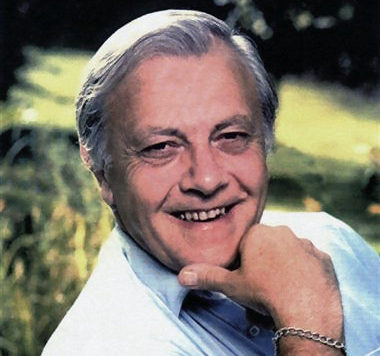 Kenneth Alwyn, who died on December 10th at the age of 95, was one of the busiest British conductors.

Described by the BBC as “one of the greatest musical directors” his long career involved conducting at the Royal Opera House, Covent Garden (where he took over from Benjamin Britten during the initial run of Prince of the Pagodas), being musical director for countless West End musicals, and also conducting the BBC Concert Orchestra in the long-running popular show Friday Night is Music Night.

Alwyn had a long list of recordings to his credit, but his most famous one is the classic 1958 release of Tchaikovsky’s 1812 Overture and Capriccio Italien which became the very first stereophonic LP issued by Decca. It has been re-issued countless times and has never been out of the catalogue.

Alwyn was a Fellow of the Royal Academy of Music and was active in promoting British music while on his overseas tours. It was Alwyn who conducted the first performance of Holst’s The Planets in Japan!

He was born in Croydon in 1925 and took the music of Croydon’s other celebrated composer, Samuel Coleridge-Taylor to heart. He included some of his popular works, such as Demande et Reponse from the Petite Suite de Concert, in his concert programmes whenever he could, and played his music often at the Fairfield Halls, Croydon.

It was here that he broadcast the first complete performance of Song of Hiawatha since the days when Malcolm Sargent led the Royal Choral Society in annual performances in the 1930s.

Kenneth Alwyn was among the most versatile of musicians and his loss will be felt by the many friends he had made both in the profession or as listeners on the radio.