Music and Migration in Georgian Britain: The Story of Feliks Yaniewicz 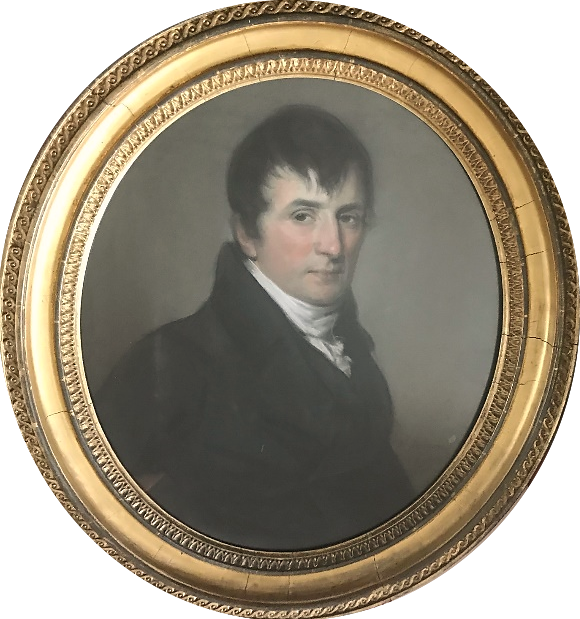 As Britain severs its political ties with Europe to the dismay of many musicians, this seems an important moment to reflect on how much British musical culture owes to the continent. Freedom of movement for musicians has fostered a process of cultural cross-fertilisation which has a long and deep history.  While music hailed as British has often been celebrated as distilling something native to these islands, in truth even composers most closely associated with this strand of our musical culture have continental roots.  When we sing ‘I vow to thee my country’ we are reaping the fruits of Gustav Holst’s Swedish, German and Latvian musical ancestry.   Britain has long welcomed musical migrants, and some of our most cherished musical traditions (I write this in December to the sound of Handel’s Messiah) have sprung from the welcome that this country has afforded over the centuries to composers and performers from the continent.

I have been reflecting on all this while discovering the life story of my great-great-great-great-grandfather Feliks Yaniewicz, a Polish-Lithuanian violin virtuoso and composer, who came to this country in the late eighteenth century and co-founded the first Edinburgh Music Festival in 1815.  When I was growing up, his striking portrait hung in my grandmother’s cottage, looking – I fancied – rather like a cross between the young Beethoven and Mr Darcy.  Among his surviving possessions, passed down the generations and scattered among different branches of the family, are a set of silver forks bearing his crest – a mailed arm brandishing a curved sword with the motto ‘Pro Lithuania’ – and an inlaid double violin case (now in the museum of historical instruments at St Cecilia’s Hall in Edinburgh) which once contained a Stradivarius and an Amati.   This was an intriguing piece of family mythology, but it was only recently that I was prompted to discover the trail of evidence leading back to the man behind the portrait, and to learn how Yaniewicz came to make Britain his home.

It all began just over a year ago when, quite by chance, I came across an advertisement for a square piano dated c.1810 bearing the label Yaniewicz and Green.  Inside the piano, Yaniewicz’s signature in Indian ink has been matched with the signatures on my ancestor’s marriage certificate and on a surviving letter.

The instrument had turned up a few years earlier in shabby condition in a house in Snowdonia, where it was discovered by Douglas Hollick who bought it for restoration.

Now returned to its original handsome condition and in beautiful working order, the piano is the focus of a crowdfunding campaign to be launched this month, to bring it to Edinburgh as the centrepiece of an exhibition in 2022 at the Georgian House museum, telling Yaniewicz’s story and offering a fascinating insight into the cosmopolitan roots of musical culture in Georgian Britain. *

Born in Vilnius (then part of the Polish-Lithuanian commonwealth), Yaniewicz began his career as a violinist in the Polish Royal Chapel.  Impressed with the young player’s brilliance, King Stanisław August Poniatowski arranged for him to travel to Vienna where he met Haydn and Mozart.  When Mozart heard Yaniewicz play the violin, he was greatly impressed; Otto Jahn in his Life of Mozart considered that his lost Andante in A major K.470 may have been composed for Yaniewicz.  Michael Kelly, a famous tenor of the time, wrote that while in Vienna he was privileged to hear two of the foremost performers on the violin in the world, one of them being Yaniewicz,‘a very young man, in the service of the King of Poland; he touched the instrument with thrilling effect, and was an excellent leader of an orchestra. His concertos always finished with some pretty Polonaise air; his variations were truly beautiful.’

Yaniewicz subsequently travelled to Italy and from there to Paris, where he made his debut on 23 December 1787, performing on the violin at the Concert Spirituel. A mid-nineteenth century encyclopaedia of music evokes the political upheavals which interrupted the rise of his career in France: ‘Whilst in Paris, where he was particularly noticed by several members of the royal family, the French revolution broke out, and soon after the sun of Polish liberty set, perhaps forever. Amidst the tempest of political commotion which involved the ruin of Stanislaus and the dismantlement of Poland, Yaniewicz’s fortunes were involved in the general wreck.’  He fled to Britain, where he would spend the rest of his life.

In London Yaniewicz played in Salomon’s orchestra conducted by Haydn, and towards the end of Haydn’s first visit to London played solo concertos at the Hanover Square Rooms in 1792.  Performing in Bath later that year, he was hailed as ‘the celebrated Mr Yaniewicz’ and now spelling his name (hitherto Janiewicz or, on a visiting card which survived as far as a family inventory dated 1925, ‘Janowicz, Count Felicien Stadwici’) with the anglicised Y which he adopted for the rest of his life.

Yaniewicz subsequently moved to Liverpool – by then a fashionable metropolis built on wealth from the slave trade – where he met and married Miss Eliza Breeze in 1799.  He was described in the Monthly Mirror in March 1800 as a man who ‘combined the utile with the dolce. He is married at Liverpool; leads the concerts; and is (à la Liverpool) a man of business.’

In 1801 he opened a warehouse for musical instruments in Lord Street, which was to become one of two premises for his business (the other in London), in partnerships with John Green and a London pianoforte maker, Thomas Loud.  By the time these partnerships were dissolved and Yaniewicz setting up new premises of his own, an advertisement in January 1812 announced ‘New Music Rooms and Piano-forte Warehouse in Lord Street, LIVERPOOL’: ‘an entirely new assortment of grand and square pianos… including Clementi & Co, Broadwood, Stodart, Tomkinson etc with upwards of 50 on sale at any time…’  testifying to a sizeable business operation.  His final partnership was with a flautist, Gaspard Weiss, who ran the Liverpool operation until it was finally dissolved in 1817.

Yaniewicz’s London base was in Leicester Square, where in 1810 he used a subscription concert series to promote his business and court wealthy patrons: instruments for sale were to be played by ‘first professors’, while his house offered ‘suitable and spacious apartments for the Nobility and Gentry who may honour him with their patronage’.  In 1813, he became a founder member of the Philharmonic Society; predating London’s first permanent orchestras, it brought together thirty prominent musicians endeavouring to cooperate rather than compete on London’s busy musical scene.  A notable concert in 1814 saw Yaniewicz mounting the first British performance of Beethoven’s oratorio Christ on the Mount of Olives.

Yaniewicz had begun performing in Edinburgh in 1804, in the subscription concerts organised by Domenico Corri (an Italian who had moved in 1771 to Edinburgh to direct the concerts of the Edinburgh Musical Society in the new St Cecilia’s Hall).  His performance in a benefit concert in the Theatre Royal in 1804 was hailed by an enthusiastic reviewer as ‘a perfect masterpiece of the art. In fire, spirit, elegance and finish, Mr Yaniewicz’s violin concerto cannot be excelled by any performance in Europe’.  In 1815 he moved to Edinburgh, and co-founded the first Edinburgh Festival which took place in October and November, with an impressive list of aristocratic patrons.  Yaniewicz led the orchestra in an ambitious programme featuring Haydn’s Creation, Handel’s Messiah, and symphonies and concertos by Haydn, Mozart and Beethoven.  After Corri’s retirement in 1816 he became Edinburgh’s chief concert promoter, instituting a series of morning concerts of chamber music for the leisured upper classes ‘attended by a numerous and fashionable audience’.

Yaniewicz’s farewell concert was in 1829, at the age of 67.  He remained in Edinburgh until his death in 1848, living at 84 Great King Street, where a cornerstone still marks his residence.

Around 1845, his violins were sold, perhaps to clear remaining debts from his musical enterprises (a surviving letter written from Bath in 1822 gives an insight into the financial risks associated with his operations as an impresario, negotiating subscription ticket prices for a concert series in the hope of covering the expenses of the great Mme Catalani, a famous soprano of the day who commanded enormous fees).  The violins are mentioned in a family inventory of 1925, drawn up by Yaniewicz’s grandson, the architect Charles Harrison Townsend.  An entry on the inlaid double violin case, which survived in his possession, recounts the story: ‘His Strad he sold for £60, about 1845.  See his own letter on the subject…  This violin was (so says the violin-expert A Hill of Bond Street – who knows it well) a celebrated instrument, and is now in the possession of a New York collector, well known to Hill.   His Amati was raffled for, and produced, 40 guineas!’  The instruments have yet to be traced, but it is intriguing to wonder who is now playing the violins that thrilled Yaniewicz’s audiences two centuries ago.

Despite his impact on British musical life in the Georgian period, Yaniewicz’s music is now little known outside Poland, though his compositions represent a significant contribution to the repertoire of the period, with their unique fusion of classical influences from Haydn and Mozart with elements of Polish folk music. Most important are his five violin concertos written between 1788 and 1803, which have been recorded by the Polish violinist Zbigniew Pilch.  As Douglas Hollick has observed, ‘His violin concertos demonstrate [Yaniewicz’s] prodigious technique, with a love of fluent melody, and an unusual ability to play in double octaves. His atmospheric use of Polish melodies gives them a unique quality.’  Yaniewicz also wrote a piano concerto, orchestral divertimenti, six string trios, a sonata for pianoforte and violin, a Polish Rondo for pianoforte, and many arrangements such as The Ladies Collection of Pianoforte Music, designed to suit the tastes of his fashionable clientele.

The forthcoming exhibition in 2022 at the Georgian House museum in Edinburgh (to include a recital on the Yaniewicz & Green square piano) will celebrate Yaniewicz’s remarkable contribution to British musical culture.  If funding can be found for a performance of his violin concertos, it will highlight his more enduring legacy as a composer, and allow 21st century audiences to hear once again the music of one of the great violinists of his age.

The last word belongs to the author of Noctes Ambrosianae, published in Blackwoods Magazine in 1826: ‘Let Yaniewicz, and Finlay Dun and Murray, play solos of various kinds – divine airs of the great old masters, illustrious or obscure – airs that may lap the soul in Elysium.  Let them also, at times, join their eloquent violins, and harmoniously discourse in a celestial colloquy: they are men of taste, feeling, and genius.’

It is good to think that in Elysium at least, music-making is truly cosmopolitan. Whatever our future holds for relations with Europe, may we continue to offer a warm welcome to migrants like Yaniewicz, who have done so much to enrich our musical culture.