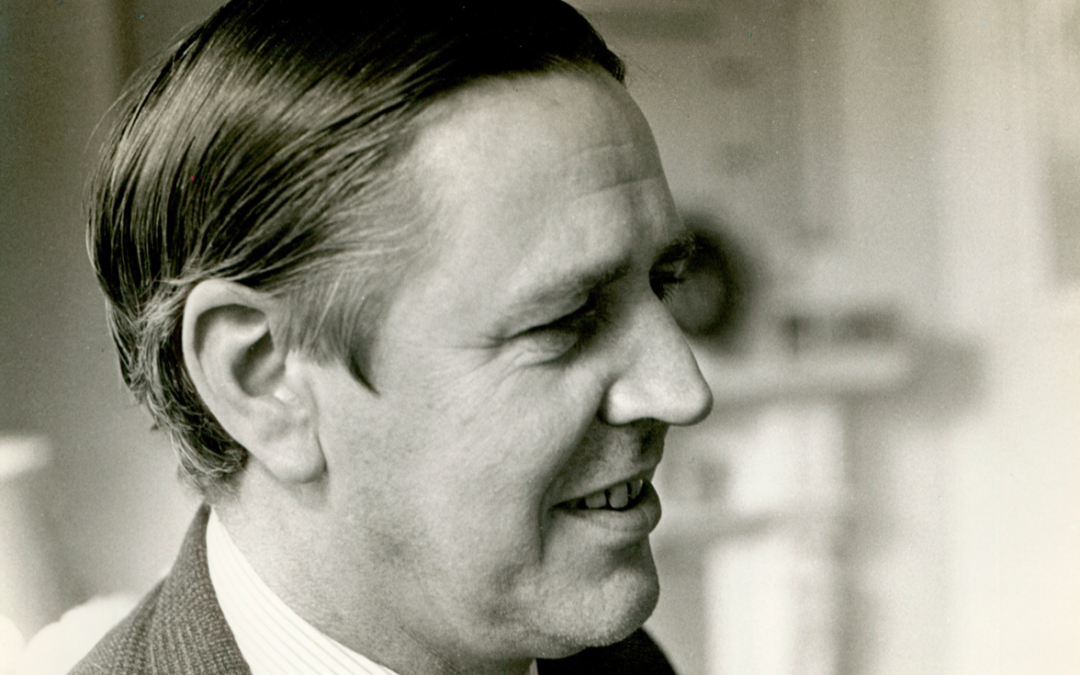 Arriving at the Guildhall School of Music early in 1961, the old building by Blackfriars Bridge, I was directed to a room upstairs, where, after knocking, the door was opened by Peter Wishart surrounded by the delicious aroma of French Disque Bleu cigarettes.

Peter had studied in Paris after the war, after serving in the army, with Nadia Boulanger, who was teacher to several of the renowned composers of the 20th century, such as Aaron Copland, Walter Piston, Jean Francais, Lennox Berkeley.

I explained my wish to study for A Level music, and during the next two years, he took me through Mozart’s opera, The Marriage of Figaro, and Sibelius 3rd Symphony. Being an excellent pianist, he relished the opera, singing along to his own accompaniment.

He had recently moved to London from Birmingham, where he had been a lecturer in the University Music Department. I was told the way to learn harmony properly was from a figured bass on the piano, so was recommended to get the book by R.O.Morris. I worked hard at this, but never became proficient as a keyboard player, and have become reconciled to being a Grade 5 pianist.

The following year Peter was the continuo player for the Handel Opera Society, so took me along to a rehearsal after my lesson one day. I have forgotten the name of the opera, but this was to be a peak experience for me, as I was sitting only a few feet away from Janet Baker in glorious voice. The opera was in English, and the opening line of her aria had the words, Hope in my heart revives me, in 6/8 metre; – and I still remember the melody!

He told me he had been promised a job in London as Conductor of the Philomusica Orchestra by his friend, Thurston Dart, and was annoyed when this did not materialise; so he had to find other work teaching at Croydon Technical College (where I retook my A Level Chemistry successfully), and as a copyist. His musical script was beautifully clear, as I saw when I bought a copy of his song-cycle, Halfway to Sleep, dedicated to Gerald English, which was photocopied from his manuscript. We later performed it for the Robert Graves centenary in an EPSS concert in Bath (1996).

My mother, Margaret, who had studied piano and singing at the Royal Academy just before the War, had just been bereaved, from the sudden death by a brain tumour of her second husband, Squadron Leader John Freeman, who flew with Coastal Command in the wooden-built Mosquito aircraft. Knowing of our straitened circumstances, Peter offered to come down and meet her at our house in Wallington, and noting the nicely painted doors, offered her the job of decorating the block of flats in London he had recently acquired. She turned down the offer without telling him that it was I who had done the painting of the doors in two shades of grey.

When he moved to a nice flat in Hampstead, he invited his students to tea one afternoon, where I met his other composition pupil, Geoffrey Burgon, later to achieve fame with his music for Brideshead Revisited on TV. Another highlight was the lunchtime rehearsal of his new organ piece, Pastorale and Fughetta at St Clement Danes Church in nearby Fleet Street, played by Martindale Sidwell, where there was some discussion with the organist about the registration. Many years later I arranged the Pastorale for my clarinet group to play at a charity concert in Bath to raise money for the Jackdaws Music Education Trust, at Great Elm, founded by his wife, the singer, Maureen Lehane, after Peter’s sudden death in 1984.

Then there was the trip to the Edinburgh Festival in August to hear his new piano piece, Opheis kai Klimakes, played by his friend, Alexander Kelly. Alex had a pupil at the Royal Academy who was in depression, and I was still fragile from my step-father’s death, and the suicide of a school-friend, as well as suffering from chronic lack of confidence, having switched from science to music on leaving school, where I failed all my A Levels; so Peter and Alex offered to take the two pupils on the trip to Scotland, and spend a few days touring around Galloway before the concert. The most embarrassing episode was arriving at a Bed & Breakfast in Newton Stewart, to discover they had two rooms spare, one with twin beds, and the other with a double bed, so there was an excruciating pause of a few minutes deciding who would sleep where, and it was Peter and Alex who got the double bed in the end!

The concert was an afternoon event in a fairly large hall, and attracted a decent-sized audience. We were seated in a balcony area upstairs with a good view.

There were regular lunchtime concerts at the Guildhall, and one included Peter’s Mozartian piano concerto, with him conducting the chamber orchestra. I also heard two of his operas there in evening performances: Two in a Bush, and The Captive.

Having achieved only a modest grade for my A level music I started applying to Universities, and he emphasised that on no account should I go to the Birmingham School of Music (where his first wife, Hannah taught violin). But having spent a year in a ghastly Teacher Training College, near there, I decided to audition, and got a place on the Diploma course, where, the next year I played clarinet in Tchaikovsky’s 6th symphony, in a rehearsal orchestra with his daughter, Kate, on percussion.

There was then a gap of some years without any contact with Peter, until I came to Bath to study for my PGCE in 1972, and discovered he was now conducting the Herschel Ensemble at Bath University, which contained my former teacher, Angela Malsbury on clarinet, and her husband, my new boss at Clifton College, David Pettit on piano. So it was at one of those concerts I heard his lively Concerto Piccolo for orchestra. He was by then Professor of Music at Reading University, but his home was nearby in a beautiful house by a lake at Great Elm, near Frome, where he started having a summer festival of music, including his own pieces.

His main influences from the 20th century were Stravinsky in his neo-classical period, and Paul Hindemith, whose Ludus Tonalis he admired, and Malcolm Arnold.