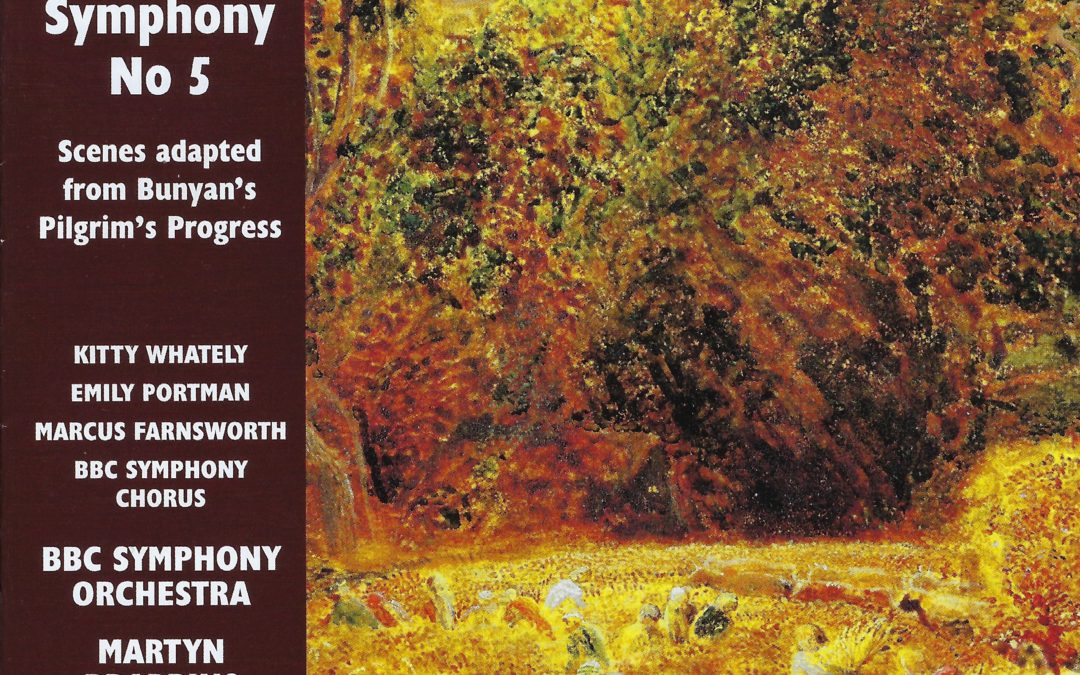 This excellent series of VW symphonies continues.  Mr Brabbins and his forces have reached number 5 so there are 4 more to go and they are eagerly awaited.  He is ‘Mr Reliable’.  Like previous issues, his music-making is deeply considered, and paced and shaped with certainty, with the result being a very satisfying experience.

I would have preferred slightly more resonance in the recording – some of the big climaxes, especially in the Symphony’s finale are a little congested.  Compared with selected other versions in my collection, Vernon Handley is slightly more rhythmically pointed, and Barbirolli from the 60’s is, well, Barbirolli (even if he does add his own vocal contribution).  However, this is just me being finicky.

There are very interesting liner notes from Robert Matthew-Walker.  He tells of the copyist’s error in the slow movement near figure 10 where the timpani notation brings them in 1 bar too early, and they remain so for the rest of the movement, with curious consequences.  Apparently, when VW himself was at two early recording separate sessions, he did not seem to notice. The error was not corrected in recordings until Handley in 1986.

Anyone familiar with VW’s career will know how his life’s work culminated in his opera (‘Morality’ he called it) The Pilgrim’s Progress.  Bunyan’s famous 17th century allegory had always fascinated the composer, perhaps even before he was asked to write incidental music for a production in Reigate Priory in 1906. Now, for what I think will be the first time, we have nearly 27 minutes of this material in 17 sections (some of these are very brief).

The forces, variously, are strings, chorus, a vocal quartet, and a few solos. What emerges, perhaps surprisingly, is that the only connection with the Morality is the use of the grand old hymn tune York, which crops up at intervals and culminates in a much simplified Beta version of the final Alleluias familiar from the opera.  It sounds a bit odd on strings, not brass!

This though is for the curious, and the completists, because the fare is pretty thin gruel, and not all that characteristic of the composer, though of course it is fascinating to be able to find out what was going on in 1906.