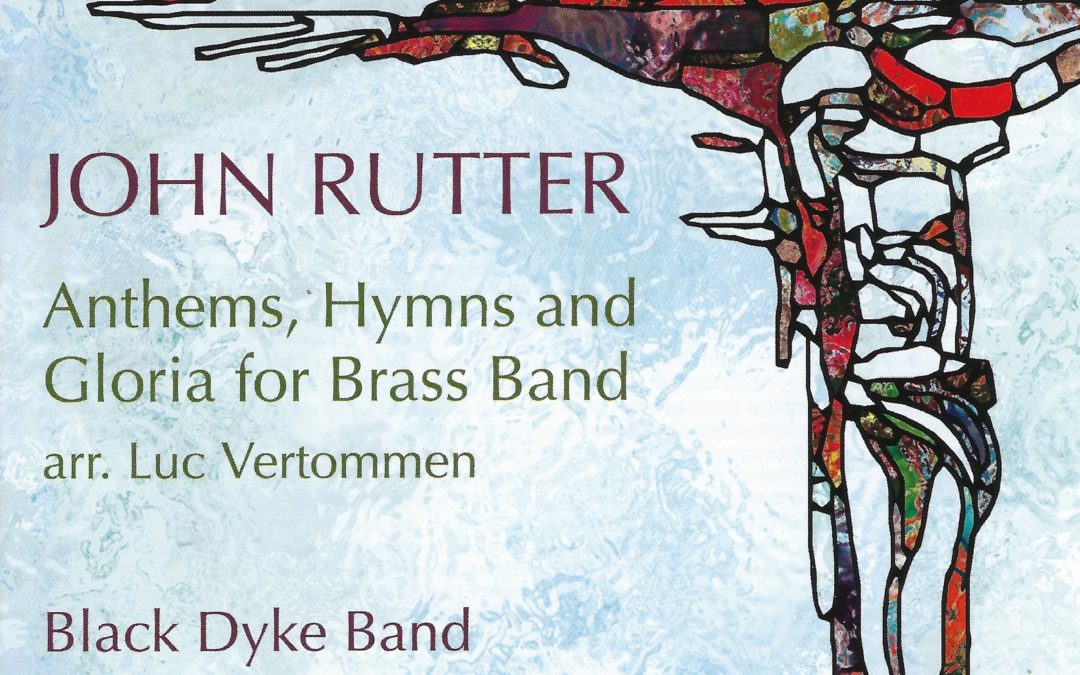 For many churches with the right resources John Rutter (B. 1945) is a hero.  As part of his oeuvre he has created a whole series of much-loved anthems and carol arrangements.  Using traditional idioms he has managed to write tuneful and attractive pieces which are not too difficult and which appeal to both choirs and their congregations. These retain their freshness.  Interestingly some of his most memorable creations are in response to commissions.

Enter Luc Vertommen.  Presumably with the master’s permission he has arranged two ‘Hymns of Praise’ and 10 ‘Anthems’ for brass band. He also re-arranged the accompaniment of the well-known ‘Gloria’ also for brass band.

This is, frankly, a bizarre notion.  For a start, the words ‘anthems’ and ‘hymns’ imply the setting of text to be sung, so do not be misled into thinking the chorus take part other than in the Gloria.  The problem is the words are important and here are sorely missed.  After two brighter ‘Hymns,’ there is the succession of ‘Anthems’, mostly ‘andante moderato’ and mostly ‘mezzo forte’, with little tonal variety.  The sanctimonious mooing of the band becomes soporific. The contrast and interest provided by the text, and the much more appropriate organ accompaniments, prove themselves to be important elements in these compositions.

And quite why it was decided to rewrite the instrumentation of the Gloria from the original organ, brass, and percussion is a great mystery, though one should remember that conventional orchestral brass is quite different from what I have to call brass band brass.  Basically, here it does not sound right.

Of course, the world famous Black Dyke Band behave themselves.  The chorus are used in the Gloria, but they come over as a bit muffled, and do not sound wholly convinced that they approve of the venture.

The most positive thing that can be said about this issue is that if listeners unfamiliar with the repertoire encounter an individual movement from this disc on say, Classic FM, they might feel it is worth seeking out the original – there will be plenty of decent performances on YouTube.