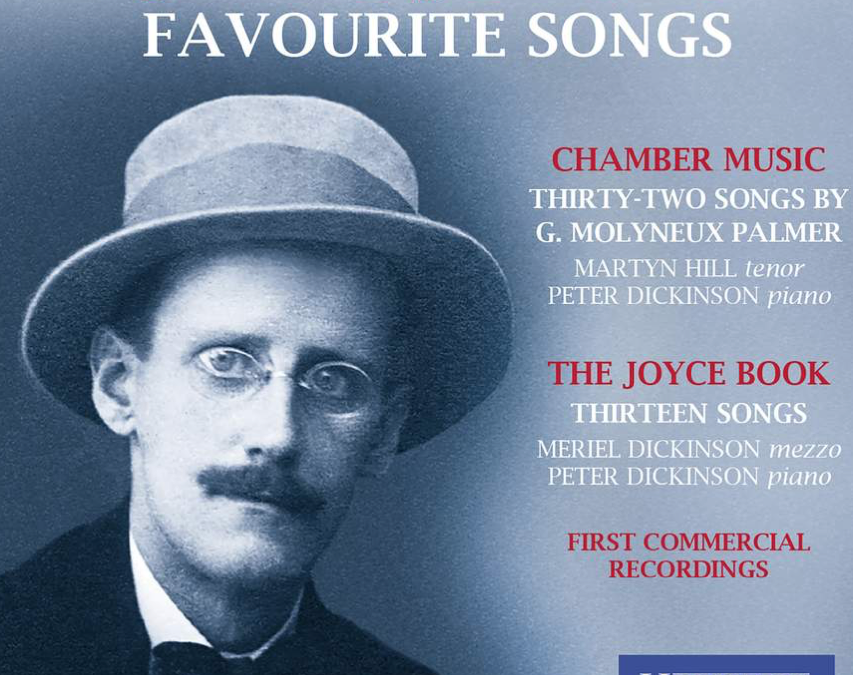 Organist and composer Geoffrey Molyneux Palmer (1882-1957), though born and educated in England, spent most of his life in Dublin.

His teacher at the RCM was Stanford but at the age of 19, whilst studying at Oxford for his Mus.B, Palmer was diagnosed with multiple sclerosis. In 1910 he moved to Ireland.

If you have encountered his name before it might well have been for his lighter, folkloric song settings though he also wrote operas and many choral pieces. He wrote to James Joyce in 1907 after the publication of his Chamber Music collection requesting permission to set some of them.

Joyce, himself profoundly musical, later wrote to his brother Stanislaus that of all the 30 or 40 composers who had set his poetry, ‘the best is Molyneux Palmer. After him are Moeran or Bliss.’ Palmer set 32 of Joyce’s 36 poems and is acutely responsive to the texts, evoking instruments such as the lute or harp, accentuating moments of balladic heroism, and drawing on both natural and human elements.

This is, in effect, a Schubertian journey that charts ecstatic love thence to melancholy and despair. There is a fine balance between the vocal means – romantic, withdrawn, only once specifically folk-like – and the varied piano writing which is colourful, clear, and sometimes turbulent. Martyn Hill’s ardent, lyric tenor is a perfect vehicle.

The Joyce Book (taken from his collection Pomes Penyeach) was published in 1933 with songs by 13 composers, eight of them English. Moeran and Bax are more harmonically adventurous than Palmer and it’s fascinating to hear the variety of approaches. Spare, urgent, brittle, dramatic, bardic from such as van Dieren, Hughes, Orr, Ireland, but also from Antheil, Roussel, and Sessions. Meriel Dickinson encompasses all the moods perfectly and, as before, Peter Dickinson proves stylistically and technically accomplished at all times.

Both sets were finely recorded for the BBC; Chamber Music in 1986 and The Joyce Book in 1981 and this is their first CD appearance. The texts are printed in full and Peter Dickinson’s booklet note is excellent.

Chamber Music has been published as a most attractive 88-page softback by Goodmusic Publishing [GM338] in Dickinson’s edition. The contents page lists each song and its range, and each song is printed with clarity and definition. Interspersed are three reproductions of the composer’s manuscript pages, together with two letters from Joyce to Palmer (ISMM M-2223-1494-8).