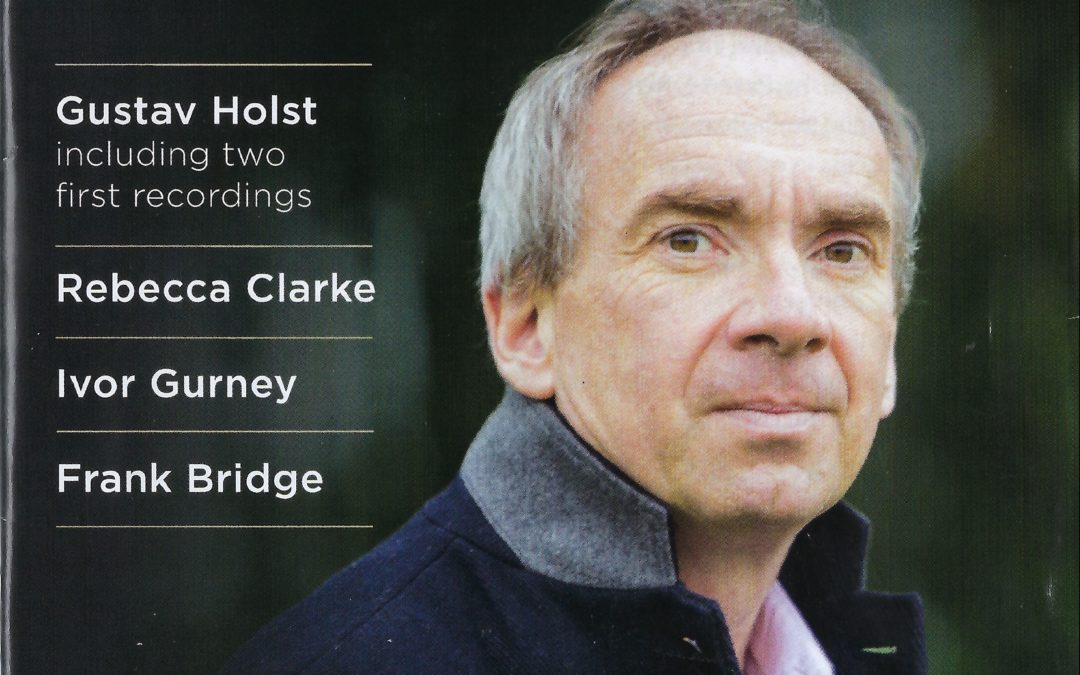 The first of a three-disc series, much of this repertoire will be familiar to BMS members, although as Nathan Williamson points out in his informative and enthusiastic notes, it remains under-appreciated.

It was startling to read that Holst wrote nearly 100 (mostly unpublished) songs, two of which here receive first recordings: one all wide-spaced mystical chords prefiguring Venus, the other a rousing Victorian “folk-ballad”. Holst’s jewelled settings of Humbert Wolfe were first recorded by Peter Pears – arguably an acquired taste.

Gilchrist gives us only five of the 12; still welcome, though slightly under-characterised compared to Pears.  Betelgeuse – perhaps Holst’s greatest song – poses a challenge to any singer, and I often feel is perhaps best heard in Colin Matthews Neptune-tinged orchestration?

Rebecca Clarke’s star does finally seem to be rising, albeit mostly for her instrumental music, but these four suggest that her fifty-plus songs certainly deserve more airings. Her ardent setting of Masefield’s atypical Seal Man is practically a mini-scena, and here and in Housman’s lurid Eight O’Clock the full-blooded performances do her music full dramatic justice.

Four songs by Gurney might (together with Severn Meadows) be considered among his greatest hits, insofar as any might. They well illustrate the unsettled lyricism of Gurney’s troubled muse: as with Clarke, it’s clear that we’ve only begun to explore his output, which in his case amounts to some three hundred songs, their quality long a matter of debate.

Frank Bridge has never quite established himself as a natural song-writer in the same way as Ireland or even Gurney. I first encountered these Four Songs in a ravishing orchestral version: they can seem a little overblown when accompanied by piano, but the singer’s passionate advocacy makes a committed case for them.

Nathan Williamson’s pianism is impeccable throughout, as is Siva Oke’s recording. A few years ago James Gilchrist made a valuable contribution to Somm’s Parry series, and it’s hard not to notice that his voice no longer has quite the same lustre – but happily he retains the same musical intelligence and care for expression.

Buyers might want to audition samples online, and if they can live with the odd moment of strain or dryness, then this can be recommended as a fine introduction to a rewarding repertoire.