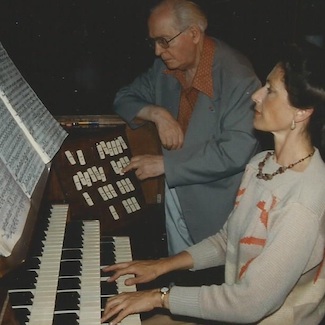 A distinguished Life member of the British Music Society since 1980 as well as a Vice President, Jennifer Bate OBE lost her life to cancer on 25 March.

Having received professional training from an early age from her organist father H. A Bate, Jennifer chose to focus on a career as a concert organist with her life and repertoire reflecting her special affinity with living composers.

These included Sir George Thalben-Ball to whom she was married 1968–72, Andrzej Panufnik and Peter Dickinson. The most famous of these, however, was Olivier Messiaen whom she first met on home ground in Muswell Hill through a BBC connection.

A long- lasting friendship and collaboration with the French composer resulted in her giving the world premiere of Messiaen’s Livre du Saint Sacrement in 1986 with the quality of her subsequent recording under the composer’s guidance acknowledged by a Grand Prix du Disque.

Her recordings of the complete organ works of Mendelssohn, made in All Saints Margaret Street, London, were also highly acclaimed. 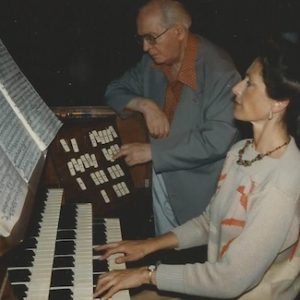 Bate’s highly successful performing career demanded her being abroad for up to ten months of the year touring and she made four appearances at the BBC Proms.

As well as receiving an OBE, Bate received an investiture as Officier des Arts et des Lettres and Chevalier de la Légion d’Honneur (2012). The BMS, on behalf of its members, would also like to remember Jennifer for her significant contributions as a performer to our events over many years.

See the obituary in the Guardian.